Framed by S L McInnis
My rating: 4 of 5 stars

Framed is a contemporary thriller which is set in Los Angeles.

Beth and Jay are married; she is a music teacher and he’s a movie director. However, their Hollywood lifestyle hides the reality―they are struggling for money and their marriage has problems.

Cassie’s in trouble; she ran from a crime scene with the drug money. Now she needs a hideout and the only person in Los Angeles that she knows is Beth. She and Beth shared a room at college and Cassie always said that Beth owed her a favour. They haven’t seen each other for a few years, but Beth isn’t particularly thrilled to hear from Cassie, because she remembers her as being irresponsible, a party girl and someone that she had hoped to forget.

Cassie’s arrival becomes the catalyst to Beth’s current life, as everything begins to fall apart until Jay discovers Cassie’s hidden money. Should they keep it? Could this be the turning point they desperately need?

The story is written in short chapters between five different characters. At first this was a lot to keep abreast of and I wasn’t sure if I would enjoy it. However, once I was settled in, it became much easier to follow. The story focuses more on the action and relationships between Beth, Cassie and Jay, while the police investigations which trail Cassie are kept in the background.

I liked the ending, but I didn’t completely believe in the changes that occurred to one of the main characters. I thought there was too much explanation into this particular character’s background, instead of using the strength of the narrative to create clues for the reader to discover.

Overall, a good debut novel, it just needs a bit more grit and tension rather than explanation in the build up to the climax, especially if it wants to attract avid readers of this genre.

It was all fine until she turned up…

Music teacher Beth and film producer Jay seem to have the perfect life together in LA.

But what neither of them know is what Cassie is running from. And that it’s going to have consequences for them all.

Something is about to go very wrong. And someone is going to lie about it. 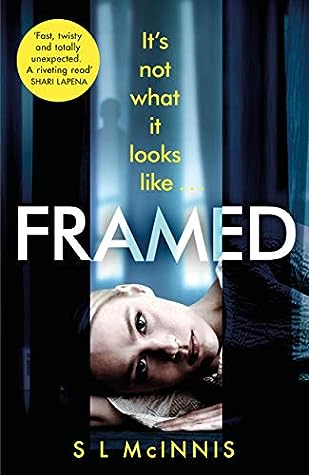