Movers and shakers for April editions of Fleet Life and Elvetham Heath Directory the magazines which feature my book reviews.

This month Fleet Life has featured the following books, for the online version go to http://www.fleetlife.org.uk, load the online directory and turn to page 42;

Walking On The Edge by Zee Monodee

The Cheesemaker’s House by Jane Cable

Elvetham Heath Directory has featured the following books, for the online version go to http://www.ehd.org.uk, load the online directory

Chasing The Devil by Tim Butcher

The Devil, The Diva and The Deep Blue Sea by Margaret Langstaff

How To Complain by Helen Dewdney

Seventh Mark by W.J. May 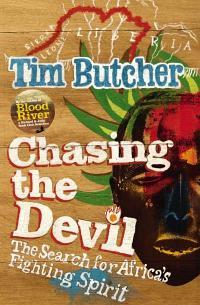 Sierra Leone, Guinea & Liberia are very much in the news at the moment due to the Ebola crises.  This book written about a journey in 2009, is a background as to why the Ebola has taken over so easily ( not that the author would have known that this was to come.)

Tim Butcher a correspondent for the Daily Telegraph had spent time in various parts of Africa sending reports of Coups & Uprisings back.  While in Liberia he had become fascinated by Graham Green’s account of his “Journey Without Maps” through the region in 1935 and Tim decided that he would follow it.  So in 2009 this became a reality and after much research including finding a companion they set off from Freetown in Sierra Leone east to the border with Guinea where their walk started. Along the way there are descriptions of rural life & the countryside interspersed with details of history that affected the way of life, white man’s interference and many other interesting tit bits.  The walk continued through Guinea into Liberia, where there were differences in officialdom,  Liberia had never had a white ruling class and so the whole country has evolved slowly whereas the other two countries concerned had been influenced along the coast by Europeans & Americans which caused much internal friction. The Poro ( Witch Doctor ) have a great hold in the outback.

All good books came to an end but I could have gone on for ever reading this well written and extremely interesting account.

For many years war made Sierra Leone and Liberia too dangerous for outsiders to travel through. Facing down demons from his time in Africa as a journalist, Tim Butcher heads deep into this combat zone, encountering the devastation wrought by lawless militia, child soldiers, brutal violence, blood diamonds and masked figures who guard the spiritual secrets of remote jungle communities.

On an epic journey that demands courage, doggedness and sheer luck, Butcher treks for 350 blistering miles through rainforest and malarial swamps to gain an extraordinary ground-level view of an overlooked region on the cusp of a remarkable recovery.