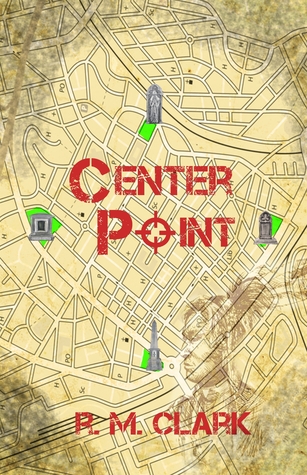 I started writing novels in 2007 when the voices in my head decided they needed to be unleashed. Since then I’ve completed ten manuscripts. The first two were adult themed, the rest have been middle grade.

I definitely like to venture into the past using various means such as magic boxes, shadow balls, magic trains and portals. I guess that makes it paranormal. I like to play the past against the present because it brings out the best in my characters.

Where is Center Point set?

Center Point is set in a fictional, small New England town called New Dover. It was the site of a famous battle back in Revolutionary War days. Today, it has everything a quaint New England town needs: an ivy-walled college, a keen sense of tradition and a three hundred year-old secret.

Can you introduce us to Dennis Kozma?

Dennis is a twenty-five year-old “professional student,” who would like nothing more than to take a few classes, drink with his friends, chase coeds and live without any real responsibilities or need to finish anything major in life. That all changes when he informed that his college fund has run dry and that his late father has left him a “package” on his birthday. The package contains several maps, a list of names and some Native American drawings. Dennis finds a connection between these items, the Revolutionary War battle and the accusations that his father defrauded the town years earlier. Dennis becomes more enlightened as he solves the mystery and realizes it’s time to move on from the college life.

Komaket is an enigma. Specifically, Komaket is the subject of a Native American legend, the origin of which is hotly debated by historians. According to the legend, he was a young warrior who went on a great journey, and when he returned he helped cure the Natives and locals of a smallpox outbreak. He later departed with the promise of one day returning to fulfil a prophecy. Many in the town today believe his return will greatly affects their lives.

What secret society does Dennis discover?

The Hermillion Club members await the return of Komaket in the hope they will live additional lifetimes through a concept called jorva, a form of reincarnation. Dennis discovers the real reason behind Komaket’s return in an effort to disrupt this secret society.

What tribes of Native Americans would have lived in the New England area?

The South Coast region was inhabited by Pequot, Mohegan, Narragansett, Wampanoag tribes. These name are still quite prominent throughout the region.

I just completed my tenth novel. It’s a middle grade coming-of-age story about a young magician who attempts to solve his school’s bullying issues using magic. I’m also in various stages of editing for other works. My middle grade mystery Dizzy Miss Lizzie will be re-issued in November by Writers Amuse Me Publishing.