Georgia has been reading The Old Man At The End Of The World: Bite No.1 by A.K Silversmith 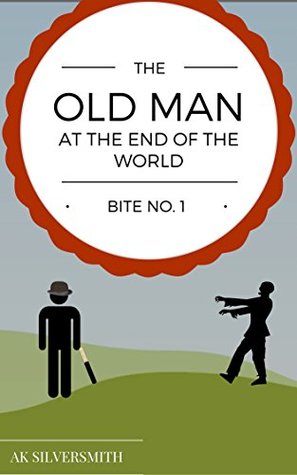 I’ll be honest and say I don’t know much about zombies but thought I’d try this and see what they’re all about. I’m assuming that some other books of this genre are considerably more gory and scary but this one is a different sort of read. There is a bit of zombie like behaviour in it – blood and gore and what have you, but overall it came across as more a humorous telling of a terribly British reaction to the whole situation.

Gerald Stockwell-Poulter is earthing up leeks one minute and being attacked by a fellow allotment holder the next. Hamilton comes to his rescue and after a bit of toing and froing, and taking pity on the rather smug Finnbar they manage to find sanctuary at Gerald’s house.

It did start off a little silly but once I’d settled in I found much of the humour amusing and enjoyed the writing. There wasn’t a lot of emotion shown at all and it didn’t come across as if these characters feared the zombies but instead just found them a bit of a nuisance. There were reminders of Shaun of the Dead in there with the humour and also of Carry on up the Khyber. No zombies in that of course but it was the same stoicism as shown in the dinner towards the end of the film when bombs are falling all around but proper dinner etiquette must be followed. Nothing is more important to Gerald than getting back home in order to have, of course, a nice cup of tea, regardless of the mayhem playing out amongst his neighbours.

All in all this is a small bite of a light-hearted zombie book, well written and amusing. 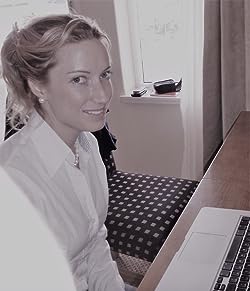 Miss Geraldine Dolan is a probationary teacher in her first job. She’s been accepted as an English teacher at St.Thelma’s school in Cornwall. It’s the 1980’s, the school is in a castle near the village of Port Tossack, there are keeps and dungeons, a great hall and that’s where any thoughts of a resemblance to Hogworts should leave you immediately.

This is adult British humour at it’s driest, full of classic clichés, innuendos and mirth. There are a great many characters to love; The Archers, teachers who meet on the battlements with bow and arrows, Zoe, a plain teacher who looks in love and bets are taken as to who has captured her heart. Rogue is an Aussie supply teacher who brings an Antipodean artistic flair to the story and a set of dinner ladies to rival no other. Amongst the children there is Giblet and Nivek (Yes Kevin spelt backwards) and plenty of traditional Cornish surnames to liven things up.

The tale is written around a school year and involves riotous lessons, the use of the moat for fire drill, an Archery tournament, some builders with a reputation for being The Durex Boys and the crowning glory, a Pageant to end all Pageants if not the school.

If you love such British classics as St. Trinian’s, Faulty Towers, Carry on Films, Open All Hours and Only Fools and Horses, then the humour and bawdy jokes of this book should appeal to you.