Breath of the Titans: The False Titanbringer: Complete Trilogy by Riley Westbrook

Breath Of The Titans: The False Titanbringer is a full three book, high end fantasy trilogy. I shall split my review into the three books.

We are first introduced to the Elves who live in the woods of Elvenham. They are alerted to an army approaching and they confer with the Titans, metal figures and protectors who ask to be taken to Wise of the Elvenham for a meeting.

Next we are introduced to the hero of this series Lovonian a sixteen year old half elf, half dragon. He’s about to set out on a birthday hunting trip with his father and uncle. His father is Amon, Wise of the Elvenham and at the last minute he must meet with the Titans and so misses the trip. Lov and his uncle Nord go alone, but their trip is cut short.

Rushing back to Elvenham they find the streets empty, Amon killed, Lov’s mother taken and the elves taken away as slaves at the hands of an ambush by the Titans. Lov and Nord set out on a quest to rescue Tyrosh, Lov’s mother, and seek an end to the evil Titanbringer in the city of Heart.

Nord and Lov must find Nord’s old friend Jaxton. Lov’s mysterious Grandfather also sends help in the form of Missy the fairy. Nord begins to train Lov in fighting skills with ancient weapons found in Jaxton’s cellars, but Lov’s Grandfather Tryton wants Lov to work on releasing his dragon magic, so takes him to an island to test his skills.

Lov is also watched over by his Grandmother an ancient Wyrm whose magic gifts have an evil about them. Lov, Nord, Jaxton and Missy are sent to find the Anuunaki a race of ants who can help them on their quest. Lov needs to create a new tribe strong enough to take down the Titans.

In the city of the Heart, Martell has taken over as Titanbringer. He holds Lov’s mother Tyrosh captive, placing a necklace on her to inhibit her magical dragon skills. He punishes the Ogier people who have shown her kindness and they leave the city. Without them the plants die and food becomes short.

Lov is heading to meet the Orc, under guidance by shaman The’oak he intends meeting with the Greatmothers, leaders of the thirteen tribes of Orc and previous enemies of the Elves. A menacing black ooze follows Lov and his army seeking out Sanche in an attempt to weaken Lov’s team. Love must fight brothers from the Orc tribes to earn the right to lead them.

Meanwhile Tyrosh finds a way to escape Heart with the help of Hakim. She hopes to help her son by creating a revolution.

Love must next go in search of Rainbow island to meet a unicorn who can return Sanche from the dead. Lov needs this warrior to lead his army. But when he gets to the Red City he is taken prisoner by the seal men. Farraj helps his escape and he meets Primara who agrees to return Sanche.

Jaxton and Nord are left to train the Orc into a strong fighting force. Jaxton works with Fiksu to create a flying glider. Tyrosh has come to the Orc to help convince them to follow her son and arranges a marriage for Lov with Annika, daughter of one of the Greatmothers.

Book 3: The War of Chiefs

Book 3 opens with us seeing a little more of Martell the Titanbringer. He is controlled by a dark magic and this is the reason for his actions. A new stronger, larger Titan construct is being created.

Back with the Orcs, Annika is rebelling about her marriage of convenience, Lov is concerned that his dragon magic will use him as much as he uses it and it will try to take over. He argues with his mother and struggles to show leadership powers as his inexperience and adolescence confuse him. He is approached by Charlot who represents women who wish to join the army, they want to be Lov’s armed guard.

Tryton, Tyrosh’s father removes the controlling necklace from her and she regains her full dragon magic. She flies off trying to connect to other dragons but fears they no longer exist.

Nord leads Lov’s army towards Heart, yet Lov would prefer to win without mass slaughter. He asks Koan of the Ogier to help grow gigantic plants to stop anyone escaping Heart. The army must also negotiate crossing many farmer’s fields on their journey but they meet much resistance.

The final battle draws near with an evil coming from the skies. The truth shows the true players who pull the puppet strings and this is just one battle in a much larger game.

I read all three books one after another and it really plunges you into the world of Lov. This book has a reading age guide of 12-18, but I would like to see this increased to somewhere nearer 16+. The main protagonist is 16 added to this there is a lot of drinking and smoking of dragonweed, plus much of the slang language used is more suitable for older readers.

There has been a lot of thought into the fantasy characters, I particularly liked the Ogier who sang to plants and made them grow, and the Anuunaki , a race of ant people. There are many, many more fantasy characters and at some points I felt there were too many, some adding very little to the storyline. In book 1 there is a giant rabbit which explodes, in book 3 I wasn’t sure of the point of the crickets.

Making this a 3 book quest enables the storyline to be drawn out. The book has quick easy to read chapters, but not every chapter added much to the storyline and my attention wandered on these occasions. The characters of Tyrosh and Lov are central to the book but they give out mixed messages. They were fighting for their freedom but wanting to do this without violence, yet both showed great violent behaviour and killed others. Both needed to be strong leaders yet at times their tempers flared like children and Lov went from child to leader to victim allowing his armed guard to treat him like the enemy and semi-torture him. It was quite hard to accept a young adult would have the experience, knowledge and respect needed to get an army of size to follow him.

For this book to really pop in the world of fantasy writing for me I would like much of the spoken conversation to be looked at again, the world created is a fantasy yet the language of the characters is too full of our everyday slang and colloquialisms, too many “hell this and hell that” when rich words to continue the fantasy theme could have really made individual characters stand out. There is also the emotions, everyone is angry and it gets boring, Missy stabs, Tyrosh slaps, others smack, punch in sentences which aren’t in fight scenes. Showing deeper emotions will come with practice as will using better descriptive words “he jumped from his tent” didn’t feel the right words, was he sat on top of his tent? He could have “stepped or rushed” from his tent.

The ending was disappointing for three books an end battle has been drawing, I didn’t get the grand finale battle experience I was expecting with Martell going down after a huge fight. Overall a good plot which would benefit from some streamlining and character definition making sure that all the parts played really do add to the storyline.

Find a copy here from Amazon.co.uk or Amazon.com or Smashwords 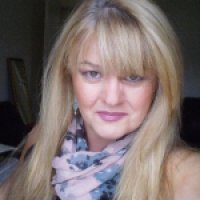