Gnosis is a young adult urban fantasy novel. Samantha (Sam) Black has run away from her foster home, because she’s frustrated at the lack of police progress in finding her father’s murderer. However, something else is happening to Sam; she’s having severe headaches.

Jumping further into the story, Sam develops a virus called Trella Gondii, which translates into a symbiotic character call Alex who now shares her head and her memories. He can hop into the heads of others, too, but the pair are now in danger from a government agency.

In a fast paced, complex storyline, Sam and Alex join forces to try to solve her father’s murder, while dodging the government agents who have been sent to bring Sam in. She’s not sure why they want her, but then she discovers the existence of more people with the Trella Gondii virus, and the situation turns sinister.

This is an action based storyline. I liked the idea of the virus and how differently it manifested itself in each character. However, I thought there was room to make the characters a little more rounded as I found it hard to generate strong images of them in my mind. I enjoyed the story but I wasn’t fully engaged; it felt more like I was watching it on the screen rather than being there with the characters. In places it made me think of a computer game, so this might appeal to readers who also like gaming.

When a series of crushing headaches lands Sam in the hospital, she wakes to an imaginary voice in her head: Alexander, an adorable ten-year-old who claims to be a telepath. The doctors think Sam’s brain was damaged after a stroke, but they’re wrong. Alexander isn’t imaginary. He’s a sentient virus, and the government knows about him. After all, they created him. 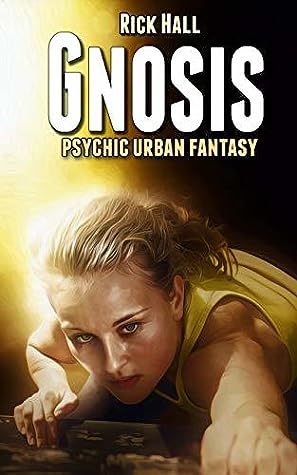