Today’s Team Review is from Cathy, she blogs here http://betweenthelinesbookblog.wordpress.com/

Cathy has been reading La Petite Boulain by G Lawrence 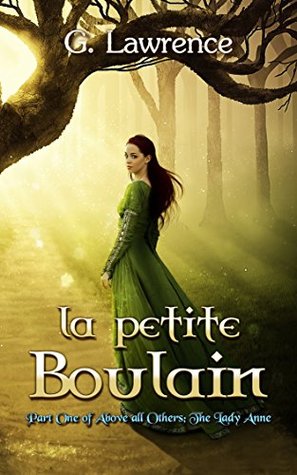 The story begins in the Tower of London where Anne Boleyn awaits her fate, contemplating those who died in the manner that now lies ahead for her. In return for Henry VIII’s promise of protection for her daughter, Anne signs her life away, admitting to all she is falsely accused of. Sleepless, determined not to panic and to die with dignity, Anne lets her thoughts wander back to her happy and carefree childhood at Hever Castle.

It’s longer than I care to remember since I read a book about Anne Boleyn so I was looking forward to this one. It was a refreshing change to read the account from Anne’s perspective, giving a different slant altogether on her story and making her more ‘real’ than the impression I had from other books.

In La Petite Boulain Anne’s early years are illustrated comprehensively and we see hints of the intelligence and insight which would become very evident as she learned more of the world and her place in it. But initially Anne’s days were filled with lessons as she and her elder sister, Mary were educated in languages, music, hunting, deportment and how to conduct themselves in society.

When she was twelve Anne, along with Mary and their younger brother, George, left home to complete their education within other households. Anne was placed with Margaret of Austria at the Court of Burgundy, where she learned the ways of a courtier as well as keeping up with her studies. It was here Anne began to question the authority and reliability of the clergy, who were only fallible men, after all. As we follow Anne from Margaret’s court to that of Princess Mary Tudor, the impact and influence these high-born ladies have upon her colour her view of court etiquette and the hypocritical politics, which becomes more apparent, along with Anne’s growing appreciation that the way these are observed can make or break a reputation and have the potential to ruin a life.

The historical aspects, including clothing, food and manners, are detailed exceptionally well, as is the role and treatment of women. No matter their station in life, women are just there, it seems, to further the ambitions of men and are used accordingly, a commodity to be bartered, bought and sold.

I would have preferred a little more dialogue to break up the descriptive passages which, on occasion, were a little overpowering but that said, I enjoyed this excellent book very much. It gives a rounded picture of a determined, complex and intelligent woman whose high moral standards possibly hold the potential to aid in her downfall.

May 1536, London… a fallen queen sits waiting in the Tower of London, condemned to death by her husband. As Death looms before her, Anne Boleyn, second queen of Henry VIII looks back on her life…from the very beginning.
Daughter of a courtier, servant to queens… she rose higher than any thought possible, and fell lower than any could imagine.
Following the path of the young Mistress Boleyn, or La Petite Boulain, through the events of the first years of the reign of Henry VIII, to the glittering courts of Burgundy and France, Book One of “Above All Others; The Lady Anne” tracks the life of the young Lady Anne, showing how she became the scintillating woman who eventually, would capture the heart of a king.
La Petite Boulain is the first book in the series “Above All Others; The Lady Anne” on the life of Anne Boleyn by G.Lawrence. 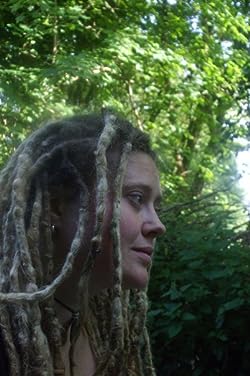 I am an independently published author, and proud to be so. Living in a little cottage in Cornwall in the UK, I love where I live as much as I love to write.
The age of the Tudors has been an obsession for me since I was a child, and many of my upcoming books will center on that time, but I also pen the odd dystopian fiction or historical fiction from other time periods. I will be releasing all my titles on amazon, for kindle and then hopefully for print later.
I studied Literature (with a capital L) at University and usually have twenty or more books I’m currently reading. Reading and writing are about mood for me, and I haven’t found a genre I didn’t enjoy something about so far…