Barb has been reading Dark Magic by Tom Williams

As long as there have been stories, we’ve had tales of people making bargains with gods and deals with demons. Occasionally it works out for them, but far more often it works the way we expect. The devil has been at this for a looong time and there’s a reason why he’s one hell of a contract lawyer.

What’s so interesting about the deal with a devil trope as it plays out in Dark Magic is that in one sense, you don’t even need it to be actual magic. We’ve all looked at people who are so much more successful than we are, and in our hearts we know a dark truth: we could be better than them. They just have a couple of advantages—more attractive/ richer/ younger/ luckier.

In this novella, the stage magicians of the Maestros of Magic show have  mastered their craft, done all the heavy lifting, paid all the dues. But somehow, they are still playing grotty provincial venues, barely making ends meet. So they’re mystified about how their competitors, the Carnival of Conjurers, are successfully pulling in the crowds at their West End gigs, while still just performing time-honored illusions.

It’s not as though the Conjurers are doing anything all that original. Their material is familiar to all stage magicians. They just do it… better. Their technique is so foolproof, so audacious that it almost seems like well… magic. Debbie, a young woman who mysteriously joins them as a potential Magician’s Beautiful Assistant, is the first to say it out loud.

I had a friend who used to work with them. She quit because she was scared. She said they were messing around with real magic — black magic.

The other Maestros scoff at this and wonder if they should rethink offering her a position. But despite their overt skepticism, they wonder… And when a pattern emerges that points to accidents and deaths among audience members, their skepticism turns to concern and then fear. Again Debbie steps in to encourage more investigation, and to provide a dangerous path for further discoveries.

Like the time-honored magic tricks both groups use, Dark Magic doesn’t offer a new take on the deal with the devil trope. It remains a classic example of the genre, right down to the predictable twist at the end. But what makes this such a fun read is the author’s ownership of the world of stage magic, and complete familiarity with stage magic as a physical skill. Because they know how the tricks and illusions are done, the magicians are the people least likely to believe in real magic. Their competitors’ use of actual magic is almost an embarrassment for the Maestros, a form of cheating.

If you like a well-told classic short story with dark humor and even darker magic, if you enjoy an inside look at a skill set whose whole purpose is to fool the eye, and if you see the looming iceberg but you still enjoy the view from the deck chairs on the Titanic, then I recommend Dark Magic.

Two magic shows: the Maestros of Magic touring the country, playing provincial theatres; the Carnival of Conjurors successful in the West End. When the Maestros learn that the Conjurors are using real magic – Black Magic – to do their tricks they decide that they must use their own, distinctly unmagical, stage skills to stop them. Soon people are dying on stage – but can the Maestros really beat a team that has the devil on their side? 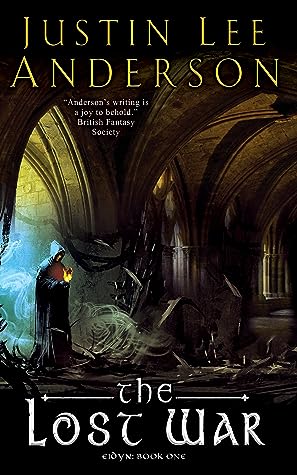 'a commendable piece of historical fiction about the lives of the common people'
A pretty peacock butterfly on my buddleia yesterday. #lovegardening #flowersforbees #buddleia #countrygarden #urbangardening #butterfly #hampshiregirl #hampshirelife
A collection of 5 full length #histfic stories spanning 12th century France, a 16th century house, the Dordogne region, WW2 England and Coffee and Vodka in Stockholm.
This shaggy Pill Box caught my eye when I was out walking. It has a lazy monster feel about it. #ww2history #pillboxhike #pillbox #hampshiregirl #hampshirelife #viewfromtheland
'This is a book about rape, and rape survivors, and the profoundly terrifying truth that very few rape cases are purely random chance'
'The first book in a gripping new Scottish crime series featuring DCI Duncan Bone.'
Storm damaged dahlias from my garden #growyourowndahlias #countrygardens #dahliasofinstagram #urbangardening
He spent 25 yrs inside British psychiatric wards and was finally diagnosed with autism in his late forties, he never felt accepted in the ‘normal’ world.
Allotment envy. I spied these when I was out walking. Is it a melon or a marrow? #allotmentlife #allotmentgarden #gardening #growyourownveggies #growyourownfood #growyourown