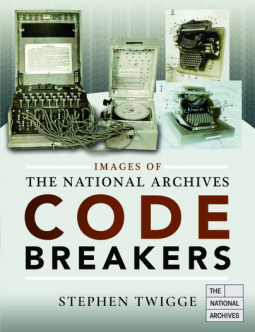 The Secret Life of Bletchley Park: The WWII Codebreaking Centre and the Men and Women Who Worked There by Sinclair McKay

The Secret Life Of Bletchley Park is a non-fiction examination of the lives of those enlisted for the vital job of deciphering coded messages during the Second World War.

Because of certain laws contained within the Official Secrets Act, and because countries around the world continued to use similar coding techniques after the war, the decoders were not allowed to speak about their experiences at Bletchley until the 1970s.

During the war, Bletchley became a nerve centre of secret information. It was the home of a mix of people drawn from many areas of society whose job was to decode messages collected from a range of listening posts across Britain and the world. The most famous of these was the Enigma coding technology, used by the German military forces.

This book reveals the lives of ordinary men and women who worked alongside pioneers like Alan Turing as they cracked codes and created decoding machines to help them with their work. Afterwards, the blanket of silence meant many missed recognition for their efforts, the comradeship of reunions and often the opportunity to tell their family about the part they played in the war.

I’ve always been interested in these coding secrets. There was plenty to keep me reading, without going into too much technical detail. This book is just one of many memoirs written by both men and women who were involved in the workings of Bletchley Park. One day I would like to visit the museum which now preserves some of their work.

Bletchley Park was where one of the war’s most famous and crucial achievements was made: the cracking of Germany’s Enigma code in which its most important military communications were couched. This country house was home to Britain’s most brilliant mathematical brains, like Alan Turing, and the scene of immense advances in technologyindeed, the birth of modern computing. The military codes deciphered there were instrumental in turning both the Battle of the Atlantic and the war in North Africa. But, though plenty has been written about the scientists and the codebreaking, fictional and non-fictionfrom Robert Harris and Ian McEwan to Andrew Hodges’ biography of Turingwhat of the thousands of men and women who lived and worked there during the war? The first history for the general reader of life at Bletchley Park, this is also an amazing compendium of memories from people now in their eighties of skating on the frozen lake in the grounds (a depressed Angus Wilson, the novelist, once threw himself in), of a youthful Roy Jenkinsuseless at codebreaking, of the high jinks at nearby accommodation hostels, and of the implacable secrecy that meant girlfriend and boyfriend working in adjacent huts knew nothing about each other’s work.