Today’s team review is from Jenni. She blogs here https://jenniferdebie.com/

There’s something about a mother/daughter story that always gets me. Perhaps because I am a daughter who has a strong relationship with her mother, perhaps because I look forward to having my own daughter someday—but stories, poetry, films, and novels about the bonds and contrasts between mothers and daughters have always been the kind of art I gravitate towards.

Lilacs in the Dust Bowl is the second installment of Diana Stevan’s chronicle of her grandmother’s life, and it revels in exploring the mother/daughter relationship between Lukia, who anchored Sunflowers Under Fire (2019), and her teenaged daughter, Dunya.

Dunya, grows up to be Diana Stevan’s mother, and tells Stevan the family stories that have been woven into these two novels, just for everyone keeping track of the metatext at home.

Stevan’s wise decision to expand the perspective to incorporate Dunya’s side of things brings texture and depth to an already compelling story. Where Lukia adapts to her new surroundings in one way, Dunya grows and changes in another, pushing against her mother at times and pulling with her at others.

Yet there is always love.

Where a weaker writer might make this a mother vs. daughter story to add conflict or drama, Dunya and Lukia never work against each other. They work in different ways, but always together, and always with love and for the betterment of the family as a whole. Besides, there is enough external conflict in Lilacs without attempting to layer in unnecessary tension between these two.

Having grown up in Texas, I forget that the dustbowl was not a purely American issue, but rather something that affected the entire continent on a truly biblical scale. Dust storms, insect swarms, crippling heat and punishing cold, Lukia and her family must weather them all in the first years of their immigration to Canada, constantly battling the elements, the bank, and the poor soil on the farm they’ve been allotted to scrape their way towards survival.

As with Sunflowers, Lilacs is not all heartbreak and struggle. There are barn dances and new friends and a truly delightful anecdote about gopher tails. There is struggle, but in the end, there is also reward.

In the end, all of that struggle was not for nothing.

In the end, Lukia finds triumph in this new home she has made for herself and her children.

Lovingly researched and written, Lilacs in the Dust Bowl is a worthy sequel to Sunflowers Under Fire, detailing this second chapter in the history of Lukia, Dunya, and Stevan’s family, and exactly the kind of generational story so many people need right now.

A family saga, set during the Great Depression, when hope and opportunity clashed for all who tried to make a living off the land.

Based on the true story of her grandmother’s trials, Diana Stevan continues the amazing tale of Lukia, a woman who showed—no matter what life threw her—where there’s a will, there’s a way.

When Lukia Mazurets, a Ukrainian peasant farmer, and her family immigrate to Canada in 1929, she has no idea the stock market is about to crash and throw the world into a deep depression. For the next seven years, she and her children will be tested not only by life as immigrants in a strange country but also by the ravages of nature. The threat to family security will also come from her rebellious son, her willful daughter, her arrogant brother, and the married son she’s come to rely on. And to add to the turbulence in her home, she’ll be romanced, awakening desire she thought was long gone.

Robbie has been reading The Staircase Of Fire by Ben Woodard 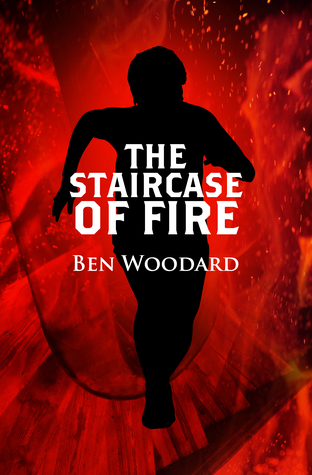 The Staircase of Fire is an extraordinary book for children aged 12 upwards. The story is set in Shakertown, Kentucky in the 1920s and features a young orphan boy, Tom, who is being raised by his Uncle Davis on his farm. Tom is a tormented soul having been instrumental in the accidental death of his baby sister. He is plagued by guilt and bad dreams and has a lot of anger towards anybody who mentions his sister’s unfortunate death. In the manner typical of teenagers, some boys use this as a way of inciting Tom’s ire and he ends up in all sorts of altercations and feels very victimized. His own troubled state of mind makes it impossible for him to develop wholesome friendships and his budding relationship with the beautiful Helen is thwarted by his own insecurities and doubts.

Tom has developed a close friendship with a Negro woman, Rose, and her son, James. Despite her difficult circumstances, Rose has managed to gain knowledge and become fairly learned through reading books. James is also ambitious to better his position in life. Rose is determined to stand up for her right to vote in terms of the recently passed Nineteenth Amendment, but no stirrings of change in this direction have yet reached the rural farming community where they live. Rose stirs up a lot of trouble for her son and herself when she tries to register to vote. Her actions unleash the anger of the Ku Klux Klan who plan to drive Rose and James out of town. Tom unexpectedly becomes caught up in the Klan’s attempt at retribution.

The story of Rose and James and Tom’s involvement in their lives is a large part of the story but the underlying plot is Tom’s journey towards overcoming his personal demons and moving towards acceptance of his past and an ability to embrace the future. His interactions with people who really care about others and try to help them allows him to do the same and find forgiveness of his own actions and past and to find his own peace and love. As he seeks to remediate his personal hurts, Tom also walks the path of justice with Rose.

I enjoyed the way the author brought small pieces of poetic thought into the story.

A quiet town in Kentucky explodes from a racial incident and fourteen-year-old Tom Wallace is in the thick of it. Dealing with his past was bad enough, and now he’s witness to a horrific event leaving him devastated and afraid. Along with his cousin, Will, he searches for lost gold he believes can help him escape his town and its memories. But leaving has consequences, too. He will lose his friends and his new love. Tom finally realizes that he cannot escape himself and has to deal with his past. But to do so requires him to take a stand that could change his life … or end it.

A spellbinding storyteller of high adventure, Ben has walked the Great Wall of China, hiked in Tibet, and climbed to 18,000 feet on Mt. Everest. And recently learned to surf in Hawaii.
Ben is active in SCBWI and a member of a local children’s writing critique group. He is a former Marketing Manager for a major corporation and ran his own marketing consulting business. He started writing children’s stories in 2008 and has written picture books, middle grade and young adult. Stories of adventure and wonder. Stories that inspire and educate, and, most of all, entertain.
Ben lives in Kentucky with his wife Lynda. 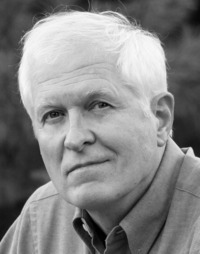