Midnight Fire is book two of the Jagiellon mystery series set in Poland during the 1500s. You can read my review of book one here (link).

Set twenty-five years after Book One, Caterina returns to Poland after a married life in Italy. She comes seeking medical assistance for her ailing son, and hopes that one of the queen’s physicians may be able to help.

Queen Bona is pleased to be reunited with Caterina, but her best doctors are with her own son in Lithuania. This is because the queen and her son are currently estranged over his relationships with his mistress. However, the queen is happy for Caterina to visit the royal doctors but she does ask Caterina to act as her envoy in imploring her son, the Duke, to see sense over his desire to marry his mistress. It is a delicate matter, but Caterina agrees for the sake of her own son’s health.

While in Vilnius, an attempt to poison Barbara Radziwiłł, the duke’s mistress, fails, but a servant girl dies instead. Caterina’s reputation for solving mysteries is well-known, and the duke asks her to find the culprit to prevent a second attempt. Once more, Caterina finds herself embroiled in solving a murder case for the Polish royal household.

I enjoyed this story more than I thought that I would; compared with book one in the series, this one had less characters, which helped. Another factor may have been that I was already familiar with many of the names. The mystery was easy to follow with more emphasis on the historical elements than a complex case with twists, so this would probably suit historical fiction lovers more than avid crime fiction readers.

In the summer of 1545, Caterina Konarska undertakes the long journey from Bari to Kraków in search of a cure for her ailing son Giulio. In Poland, she finds a court far different from the lively, cultured place she remembers from twenty-five years ago. The old king lies on his deathbed, and the once-charming Queen Bona has aged into a bitter, lonely woman—isolated from power and estranged from the heir, Zygmunt August.

Haunted by memories of a crime she solved long ago, Caterina approaches the queen with caution. Bona promises medical assistance for Giulio, but at a price: Caterina must travel with her son to Vilnius where, in exchange for a medical consultation with a royal physician, she will attempt to dissuade Zygmunt August from marrying his scandal-ridden mistress, Barbara Radziwiłł.

Caterina agrees, but she soon learns that Zygmunt August listens to no one, especially when it comes to his love life. And when a puzzling murder shakes the Vilnius court, the duke immediately suspects his mother’s agents. Caterina is thrust into yet another investigation, but as bodies and clues pile up, she realizes that in trying to clear the queen’s name, she has placed her and Giulio’s lives in grave danger.

The second Jagiellon Mystery, Midnight Fire explores the nature of duty and sacrifice and the unpredictable ways in which personal and political events can trigger buried traumas, with explosive and deadly consequences. 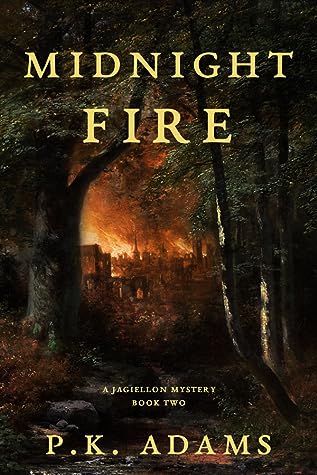 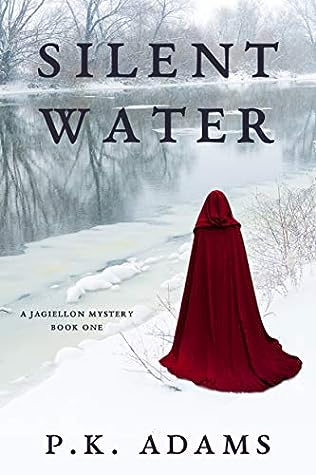 Characters To Fall In Love With. Rosie's #Bookreview of #ContemporaryRomance Running On Diesel by @melissafoster_author
Autumn photos. Toadstool on my front lawn. A Heath Waxcap I believe.
'A younger version of Robin Hood perhaps?'
'Lovingly threaded with pieces of eight different fairytales and legends, with nods to German history, lore, and court culture throughout, Heartless Hette is not your average entry into the annals of retold stories.'
Autumn photos. Flowers from my garden, toadstools on my walk and a canoe on a dock.
'Travis Bow has spent a long time on Soulwinder and that time, that care, sings in every line.'
#lifequotes from my @_ruby_ashley_ cards
'It's about Odin and his brothers, Vili and Vé, creating the world. Except they're not very good at it and don't really understand what they're doing.'
Autumn photos. Chestnuts, Inkcap and Common Bonnet