Lady Cecily and the Mysterious Mr. Gray by Janice Preston

Lady Cecily And The Mysterious Mr Gray is a Regency romance and book #3 of The Beauchamp Betrothals series.

Thirty year old Lady Cecily attends the marriage of her brother Vernon. He is the second family member to find love in recent months. The wedding atmosphere is beautiful, but makes Cecily feel disheartened about her own future prospects. She fears she will become the spinster aunt; always the companion, but never the one with a family of her own.

Lost in thought, Cecily is unaware of the wedding guest seated next to her in the church. Mr Gray (later to be known as Zach) is the man who recently saved the life of the bride’s brother. They meet later in the gardens, where Gray sees through Cecily’s inner turmoil. Their conversation flows easily and Cecily find herself opening up about her fears.

Zach is half Romany and his social label has moulded the man he has become. Currently he chooses to live freely, putting a troubled past behind him. But he can’t get Cecily out of his head. However, they can never be together unless he claims his true ancestral rights, but first he must fight for Cecily and face past torments.

This book can be read as a stand-alone; however, to get the most from the series I recommend reading them in order. This way, the reader will have a good understanding of the secondary characters, which will improve with the overall experience. I do like this author’s work; there are always some unusual characters or animals which add to the storyline, making it a memorable read.

Love or family…How can she choose between them?Lady Cecily Beauchamp has always put her family first. Until she falls under the spell of the mysterious Zachary Gray–a man of Romany descent. Knowing her family will forbid their match, Cecily steels herself to do her duty and marry someone else. Only she finds herself irresistibly drawn to Zach as the spark between them ignites a passion neither can deny!

I’m Janice and I’ve been writing emotional, sensual and satisfying Regency romances for Harlequin Mills and Boon (HMB) Historicals since 2014. I love to write books with linked characters, so you’ll often find old friends popping up in my stories! 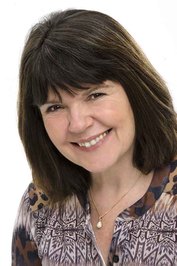