Terry has been reading Phaethon by Rachel Sharp 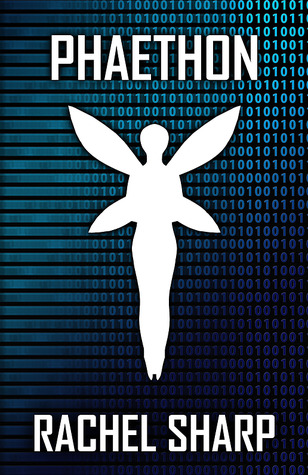 Jack and Rosie are a young married couple living in downtown Boston.  They have an obsession with all things techy, and spend their time pulling them apart, posting ‘how-to’ videos, reports on the latest software, and troubleshooting tips; they have menial jobs but supplement their income from donations via their online life.  They care more for what they do and love than upgrading to a better apartment or slipping into the American middle-class ‘norm’; domestic and material stuff is unimportant to them, in comparison with their tech world.  I loved Jack and Rosie!

When the new ‘Phaethon’ phone is introduced, they’re among the first to buy it, in order to make a bit of much needed cash from their critiques and how-tos.  But this is no ordinary phone.  When Rosie pulls ‘Lassie’ apart, she discovers that the inside is more like something from the pre-camera phone 1990s.  After a long, long night in conversation with Lassie, Jack suspects other-worldly goings on….

Basically, this book is about a magical world of faeries and other beings who exist alongside our world, unbeknownst to most ~ think Harry Potter.  Not a subject that is absolutely up my street, generally, but I enjoyed this, and sometimes I loved it.  Elements of the faerie world are rising up against the humans; you begin to find out why at about 60%, just as I was wondering what, exactly, it was all going to be about!  Calthine, the fae creature who labours alongside Jack, Rosie and their friends to put things right, is hilarious, so well written.  The tech stuff is spot on, clever and current, as are the observations of popular culture.  It’s sharp, funny, intelligent and (of no little importance) it’s perfectly proofread, edited and formatted ~ which is no less than I would expect from the creator of Jack and Rosie 😉.