The Queen’s Mary: In the Shadows of Power… by Sarah Gristwood
My rating: 3 of 5 stars

The Queen’s Mary is a historical novel about the life of Mary Queen of Scots told from the point of view of one of her close companions. Mary Seton was one of four Marys who served the queen, first as a childhood companion and later as a lady-in-waiting.

The girls joined Queen Mary just before she was sent to France by her mother. The four Marys spent time in a convent while Queen Mary was brought up in the royal nursery. Later they re-joined the queen at court.

Seton outlived Queen Mary by a quarter of a century, ending her days back in France. This story is told from several different points in her life, often using flashbacks from her memory.

The idea of using a minor figure to work a new spin on a well-documented historical figure is always an unusual and colourful idea. In this book, the author uses a range of styles to tell the story, interspersing them with known facts. However, I felt, at times, that the reader was asked to accept details that a serving lady may not have had access to, or known about at the time. Using Seton’s memories as triggers for particular events worked well, but sometimes the to-ing and fro-ing left me confused about which time zone we were in. The other aspect that worked less well was that the author chose a modern language style for much of the dialogue, adding gossip and asides to show Seton’s point of view, which seemed out of context and unconvincing alongside the era of the story.

Overall an interesting take on a famous queen, let down by the incongruous dialogue; this made it a ‘just okay’ read, for me.

Who would have thought it? That captivity could be liberty? That service could be freedom?
In 1548 four little girls, all called Mary, set sail from Scotland for France. Five years old, they are already primed for the work of their lifetime – to serve another little girl called Mary.
Mary, Queen of Scots.
Thirteen years later, the five return to an unwelcoming Scotland, and as Queen Mary struggles to take control of her turbulent country, her famous ‘Four Marys’ are at her side.
The queen finds herself set on the path of violence and disaster which will lead eventually to her tragic end. But what of the other four Marys, bound inexorably to their mistress’ fate?
Of the four, it is Mary Seton who serves the queen longest, and whose loyalty is most severely tested. Through a maze of shadows – of treachery and even witchcraft – how can she find her own way ahead? 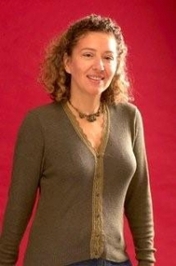 Sarah Gristwood attended Oxford and then worked as a journalist specializing in the arts and women’s issues. She has contributed to The Times, Guardian, Independent, and Evening Standard. 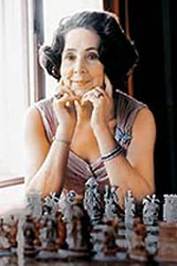