Traitor’s Knot by Cryssa Bazos
My rating: 4 of 5 stars

Traitor’s Knot is a historical romance set during the English Civil War. It opens with a scene from the Battle of Naseby which took place in 1645. Cromwell’s Roundheads are set to take victory as Royalist Captain James Hart is unhorsed, his only chance of escape to change into the clothes of a dead Roundhead.

Elizabeth Seton lives in Weymouth. She comes from a family of healers, but now the war is over, their family is still tainted from the time their father took up arms against Cromwell’s men. Desperate not to be taken under the wing of her brother-in-law, Elizabeth asks if her aunt will take her in. Aunt Isabel, a healer, lives near Warwick, and offers shelter for those in need via a secret resistance known as The Knot. Elizabeth’s arrival in Warwick creates quite a stir when her carriage is held up by a highwayman and it isn’t long before a new constable comes to the area to help restore order and end any plots to overthrow Cromwell.

With the war over James Hart now works as an osier at a local Warwick Inn, always ready and waiting for a chance to support the true King and defeat the New Model Army. Recognised by Elizabeth from a previous meeting, James finds her attractive and she soon finds herself stuck between a despicable rogue and the new county constable, both vying for her attention.

I liked the setting of this book it is a period of history which interests me. The Civil War and the years of Cromwell’s iron rule were always going to test a country used to being ruled by monarchy. It is easy to believe the tale spun around the characters in the book; pockets of Royalists supporters creating trouble, looking for opportunities to undermine Cromwell and his men, were a common problem.

The second half of the book revolves around the attempt by Charles (II) to invade England with the help of the Scots. James puts together a band of men who head to Scotland to join Charles, whilst Elizabeth must fend for herself against the unwanted advances of Hammond and his godly visions. I must admit that I enjoyed the threads surrounding Elizabeth and the everyday people more than the historical battles. I particularly liked the secrecy which surrounded The Knot and would have been happy if this had been a larger part of the book.

This is a well put together debut novel which I am happy to recommend to readers who like their romance with a good dose of realistic historical fiction.

England 1650: Civil War has given way to an uneasy peace in the year since Parliament executed King Charles I.
Royalist officer James Hart refuses to accept the tyranny of the new government, and to raise funds for the restoration of the king’s son, he takes to the road as a highwayman.
Elizabeth Seton has long been shunned for being a traitor’s daughter. In the midst of the new order, she risks her life by sheltering fugitives from Parliament in a garrison town. But her attempts to rebuild her life are threatened, first by her own sense of injustice, then by falling in love with the dashing Hart.
The lovers’ loyalty is tested through war, defeat and separation. James must fight his way back to the woman he loves, while Elizabeth will do anything to save him, even if it means sacrificing herself.
Traitor’s Knot is a sweeping tale of love and conflicted loyalties set against the turmoil of the English Civil War. 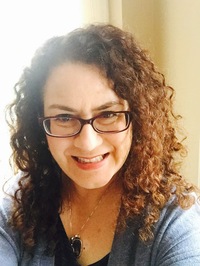 I am a historical fiction writer and 17th Century enthusiast, with a particular interest in the English Civil War (ECW). I blog about English history and storytelling at my blog, the 17th Century Enthusiast, and I’m an editor of the English Historical Fiction Authors blog site.

My debut novel, Traitor’s Knot, a romantic tale of adventure set during the English Civil War. Traitor’s Knot is the first in a series of adventures spanning from the ECW to the Restoration and is now available from Endeavour Press.

'Pendragon (Pen) Devon is sent to stay with his uncle in a remote Scottish castle after pushing a school bully into a lake. Even though Pen was sitting in the library at the time, this was the first example of The Rite appearing in Pen.'
'She's Britain’s best-loved psychic'.
Just the snow and the wildlife were in the garden last evening. No hiding where the fox went today.
#MagicalRealism And #Steampunk, Set Around The Turn Of The Twentieth Century. Rosie's #Bookreview Of The Raven And The Pig by Lou Kemp
Do you love trees?
'The characters were lively and the pace fast'.
Book one of a new crime series set in Wales.
'A mixture of police procedural, psychology, and close-to-home story-telling.'
Multiple birthday celebrations this weekend. My clever niece made this delicious cake, half chocolate and half cherry and almond.