Today’s team review is from AJ Lyndon. Find out more about her here http://ajlyndon.com.au

AJ has been reading Essex: Tudor Rebel by Tony Riches

Genre – Historical. This is the second book in Tony Riche’s Elizabethan series.

The story is set in England during the later years of the reign of Queen Elizabeth 1. It follows the life of Robert Devereux, second Earl of Essex, from his father’s death in Ireland in 1576, leaving him “the poorest earl in England” to his own death in 1601.

It is peopled with a wide range of historical characters including Robert’s cold, distant and ambitious mother, his sisters Penelope and Dorothy and his younger brother Wat. Queen Elizabeth herself, an ever-present background threat, is onstage at times, along with Drake, Raleigh and the queen’s favourite, Robert Dudley, Earl of Leicester, who becomes the young Robert’s stepfather and friend.

Each chapter is from a different time period, chronicling every twist and turn of Robert’s life, year by year. It describes in great detail his childhood separation from his family, his increasingly difficult relations with the powerful Cecils, his warm relationships with his sisters and supporters such as valet Anthony Bagot and lifelong friend Gelly Meyrick.

As the growing boy becomes a young man, he transforms from impoverished ward of the Cecils to an ambitious young courtier who quickly supplants his stepfather in the dangerous position of the queen’s favourite.

From the first chapter, I was impressed by the everyday details of 16th century life from lace coifs and beeswax candles to manchet bread and the steps of the galliard.

“After three quick hops with alternate feet, on the word cadence, Robert jumped, landing with one leg ahead of the other, in a move called the posture.”

Every intrigue Robert participates in throughout his life is described, from the ongoing military campaigns and plotting by and against the Spanish, to the many court intrigues and rivalries of the Elizabethan court.  The end result is a wealth of convincing detail which left me with a much greater knowledge of this famous nobleman, courtier and military general.

Despite being surrounded for most of his life by those who seek to guide him, Robert remains prey to others who, jealous of his position at court, seek to profit from him or to oust him. Somewhat surprisingly for the modern reader, having been born the poorest earl in England leads Robert, in the author’s portrayal of him, into a lifelong and fruitless quest to restore his fortunes. He is hampered by his inherited love of gambling, by his fondness for beautiful women, and by the cynical use the queen makes of her leading courtiers. In his anxiety to please her, Robert is led further and further into debt as he repeatedly raises troops at his own expense to fight military campaigns.

I could not fault the historical detail.  The author resists the temptation of describing only the romantic side of the era. London’s Strand is already dominated by great houses, but St Paul’s cathedral has only a broken spire and the sound of bear-baiting drifts across the Thames. Yet Robert Devereux himself remained elusive. Despite the many dramatic events described, it was only in the closing scenes that I felt the emotion behind this doomed and tragic figure.

Like many established historical novelists, Tony Riches sticks closely to the facts and includes as much as possible about his subject. It might be interesting if he adopted a slightly different approach, focussing on a few of the major episodes. This would give him the opportunity of bringing each event to life, even if it means taking chances, rather than risking it being overshadowed by a swift transition to the next.

This is the first novel I have read by this successful author, but it will probably not be the last.

Robert Devereux, Earl of Essex, is one of the most intriguing men of the Elizabethan period. Tall and handsome, he soon becomes a ‘favourite’ at court, so close to the queen many wonder if they are lovers.

The truth is far more complex, as each has what the other yearns for. Robert Devereux longs for recognition, wealth and influence. His flamboyant naïveté amuses the ageing Queen Elizabeth, like the son she never had, and his vitality makes her feel young.

Robert Devereux’s remarkable true story continues the epic tale of the rise of the Tudors, which began with the best-selling Tudor trilogy and concludes with the reign of Queen Elizabeth I. 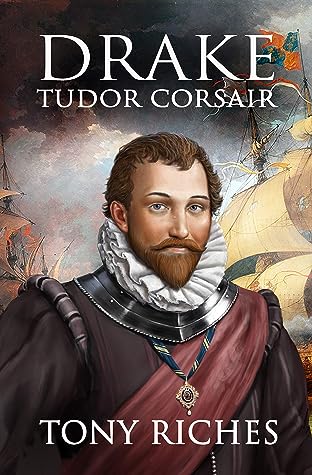