Girl Without a Voice by Chris Bridge

Girl Without A Voice is a suspense thriller set in Yorkshire. It opens with a past scene: a family picnic with a traumatic event that caused nine year old Leah to stop talking.

In present time Leah is now thirty-four, and hasn’t spoken since that day, twenty-five years ago. Her father has just died and the family gather for his funeral. Years of silence have made Leah almost invisible, particularly to her three siblings who ignore her, and are not reprimanded for this by their grieving mother, Izzy. After a long illness her father’s death was expected, but everyone was shocked when Izzy revealed she had another son.

Izzy becomes excited about the possibility of reuniting with her long-lost son and asks his forgiveness for giving him away. However, she’s being furtive and this behaviour makes Leah extra worried. Her observational skills have developed in place of her ability to speak, and when the family finally meet Patrick he concerns and shocks her; Leah suspects that she and her mother are both in danger.

I jumped at the chance to read this book because I know how well this author can write, having read Back Behind Enemy Lines a few years ago. This book didn’t disappoint. It is written in several significant parts. Leah’s story and the effect on her life of her disability are scripted very well; I was appalled at how her siblings treated her. In part two we learn more about Patrick and a religious cult which brought him up. The author does an excellent job building the layers of suspense and tension, it was obvious just how much research had gone into making the plot and characters really believable.

I would describe this as a mild thriller, for those who enjoy character-led plot lines. I was very interested to learn about Leah’s elective mutism, and whilst the religious cult aspects left me pretty uncomfortable the storyline had me abandoning other duties just to finish reading. I highly recommend this book.

Childhood trauma robs Leah of the power of speech and forces her to be a watcher on the margins of society. But when her mother goes in search of the child she gave up for adoption, Leah is tempted out of the shadows. At first Patrick is everything she could hope for from a half-brother, but is he too good to be true? Leah makes a shocking discovery that leaves her with a moral dilemma and the need to take on not only her half-brother but the ruthless cult he belongs to.

Chris Bridge was born in Hull, England in 1947. He studied English and Philosophy at Nottingham University and became a teacher after graduating. He eventually became Headteacher of Huntington School, York, and finished his school career as a National Leader of Education. He has been a regular contributor to poetry magazines and his poems have featured in the winning lists of Hippocrates and Stanza poetry competitions. Back Behind Enemy Lines is his first novel. He lives in North Yorkshire. 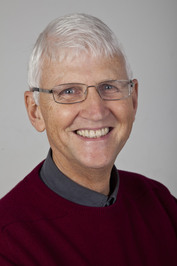