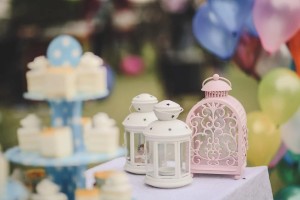 I have always been a reader. I read books at such a fast rate when I was a young girl that my own four library cards were not enough. I used to use my younger sister’s three library cards as well as my own [Cath was not a big reader back then and preferred to visit her friends down the road than read] and I still had to make two trips a week to the local library. That mean I read at least fourteen books a week. I used to ride to the library on my bicycle which my dad fitted wit a basket for my books.

Even back then, I never read the same books as my friends. I read strange books like Fattipuffs and Thinifers by André Maurois, Helter Skelter, the Charles Manson story by Susan Atkins and all the Eva Ibbotson books, which I didn’t think were unusual, but my friends definitely did. I lived in a Catholic community and books about witches, wizards, dark magic, banshees, and other magical creatures were not encouraged. When I was ten, I ran out of books to read in the children’s section of the library, so I resorted to reading my mom’s books behind the couch. My reads included The Shining and Salem’s Lot by Stephen King. My peer group were not reading these books in the fifth and sixth grade.

The result of my unusual and advanced reading tastes was that I never participated in reading groups at school. I was a “lone wolf” reader and was never interested enough in popular peer group reads to change this position.

As an adult I never belonged to book clubs as they seemed to involve more socializing and drinking of wine that discussion of the books I like to read. As a result, I never joined one, so I don’t know if my views are actually fact or not.

When I started to blog, I quickly saw that a lot of readers shared their reviews on-line. There were all sorts of book reviewing groups among blogging groups and on Goodreads where people read the same book and discussed their opinions of the books and the writing style. This interested me and I started following lots of book bloggers and reading lots and lots of book reviews. One book blogger that particularly interested me with her detailed reviews was Olga Nunez. I realized that Olga belonged to an on-line book reviewing club called Rosie’s Book Reviews and was sufficiently interested to find Rosie’s wonderful blog and follow many of her reviewers.

Often, more than one reviewer would read the same book offered to the club and I loved reading the different viewpoints. All the reviewers have a different reviewing style and I learned to look for, and appreciate, different things in books. This has helped my own writing as well as my own book reviewing process. I decided to ask Rosie if I could join her book reviewing team and she graciously added me to her group. I still have rather different tastes in books and read and review a lot of classics, but I do like to read at last one book a month from Rosie’s lovely list. I always look for other reviews of the same book by other team members as I am fascinated to learn what they enjoyed about a book I have read and what they did not enjoy. I have found that certain of the team members share similar tastes to me, so I look out for books they have reviewed and sometimes request them from Rosie.

Some of the recent books and authors I have read and enjoyed during my time as a Rosie’s book reviewer are as follows:

I enjoy being part of Rosie’s team and have discovered some great new authors this way. She had a splendid team of reviewers whose opinions on books I value, including Rosie’s own reviews. If you like to read a wide variety of different genres and authors and like the idea of being part of a book reviewing team, then I would recommend this lovely group.

Thank you Robbie, I enjoy seeing all the different books that team members enjoy.