Brethren is an historical novel and is set in the thirteenth century. It features the Knights Templar and some of their crusades in The Holy Land.

The book opens in the Kingdom of Jerusalem, as an army of Mamluk warriors successfully win back land from both the Mongol nation and the western invaders. Rising through the Mamluk ranks, commander Baybars is on a personal mission to gain freedom from invaders for his people.

In Paris, a book is stolen. The Book Of The Grail is believed to contain confirmation that a secret sect exists within the Knights Templar. While in London, thirteen year old Will Campbell, a Templar sergeant, struggles with the harsh demands of discipline that being a knight-in-training requires.

The mystery which surrounds the stolen book, and the latest threats to western strongholds in The Holy Land, all lead Will on a treacherous journey to a place he’s dreamed of travelling to for years.

I enjoyed this story, as the tales which surround The Knights Templar have always fascinated me. The author explains that she tried to keep the events and characters as close to reality as possible, without the historical detail overriding the plot. I thought she did a good job, because at no time did I feel that I was in the middle of a history lesson. The book, however, took me a while to read; it is quite long. This was the only drawback, as I felt, at times, that it dragged the story out, causing me to break from reading, rather than keeping me completely engrossed. However, I do not hesitate to recommend this to those who enjoy this historical genre.

From the burning plains of Syria to the filthy backstreets of Paris and London, Brethren is the story of Will Campbell, coming of age in a time of conspiracy, passion, politics and war.

Will longs to become a Knight Templar, but first he must serve as an apprentice to the foul-tempered scholar Everard, a man of dangerous secrets.

Meanwhile, a new star is rising in the east. Amir Baybars has fought his way from slavery to become a fearsome commander, driven by an unquenchable desire to free the Holy Land from the European invaders.

A stunning, epic novel of war, savagery and heroism.

Robyn Young lives in Hove, and is the author of BRETHREN, the first novel in a trilogy set in the world of the Crusades. The author of numerous poems and short stories published in magazines and anthologies, Robyn has a Masters in Creative Writing with distinction from the University of Sussex. She teaches creative writing part-time in Brighton. 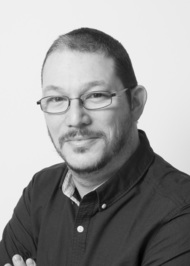