Today’s team review is from Noelle. She blogs here https://saylingaway.wordpress.com

Noelle has been reading Burke In Ireland by Tom Williams.

I was given a copy of this book for a fair and honest review for Rosie’s Book Review Team.

This is the fifth book in the James Burke series by this author. I haven’t read the previous four but I had no problems – the book is fine as a standalone.

In the late eighteenth century, with England seemingly beset on all sides, the War Office needs agents to spy for them and James Burke isn’t given a choice. It’s no business for a gentleman, but Burke is half-gentleman, half soldier and well suited to the job of spying. The four prior books haven’t been written in chronological order but when Burke is posted to Argentina, he is introduced to the world of espionage.  He has also been to the Iberian Peninsula, to Egypt and to Paris, after Napoleon is exiled to Elba. Burke in Ireland is Burke’s first real introduction to the practice of espionage, and the author admits that this is a dark book compared to the previous four, which have Burke on the side of the angels and the villain getting his just desserts in the end.

England needs spies everywhere, and Burke is a chameleon. So he is sent in 1793 to Ireland, which is a hotbed of Irish Nationalists. Burke must discover which of these men are plotting with the French to bring down English rule and/or planning for an uprising. Burke fits right into Dublin society operating smoothly between different strata and discovers it’s easy to identify the Nationalists. Getting to those who do more than just talk about Irish independence is another matter, and Burke manages to ingratiate himself with a member of the Irish elite who provides him with an ‘in’ to those he is seeking. Along the way, he turns in the names of a number of minor spies, who are sent to jail, tried, and hung, if their offences are serious enough. Burke struggles with his moral ambiguity, since the English were treating the Irish badly at that time – trials are rigged, Catholics tortured. Nevertheless, he finally decides that the safety of England trumps all, despite the ongoing tension that he will be discovered and possibly killed.

His “in’ is Patrick Geraghty, a well-to-do Dubliner who, after some time accepts Burke as a true Nationalist with Jacobin leanings. Geraghty is a huge man with an air of menace who drinks prodigiously and lets things slip while in an inebriated state. His beautiful daughter, named Siobhan, captures Burke’s attention and the couple become affectionate. Geraghty approves their relationship but his wife does not, despite the fact her husband beats her regularly. Thus Geraghty becomes the real villain, and the plot he arranges to spirit a true Nationalist out of the country, with the encouragement of Burke, becomes a dangerous and tortuous journey for everyone involved, not the least of which is Burke himself.

James Burke was a real person, but his story is entirely fictitious. But many of the characters in incidents cited in this book are historically accurate. The Alien Office which sent Burke to Ireland was real and became Britain’s first semi-official intelligence operation, a forerunner to MI5 and MI6. Wolfe Tone, Willam Drennan, Whitley Stokes, and Joseph Pollock were all true Irish Nationalists. Two men (Jackson and Cockayne) were spies for France and England, respectively. Archibold Rowan, a main character, was imprisoned in Newgate for sedition and libel but made an escape to France, his account of which is wrapped into Burke’s story.

In short, I found this book full of tension and historically fascinating, especially given my knowledge of Ireland’s “troubles” many years later and my experiences in that country (which I love). The descriptions of life in Dublin, especially the pub scenes, Newgate prison, and general society were vivid. The characters were very finely described and can be visualized by the reader. The web of spies in Dublin at the time is both brilliantly presented and nearly overwhelming in its detail. Clearly, the author did a lot of research for this book, and I loved being educated.

Burke in Ireland is not a light book to read, and to a reader looking for high tension and colorful conflicts on every page, it might seem dry. But it does what the author intended. I recommend it strongly to aficionados of historical novels and of Ireland’s history in particular.

1793 and James Burke is under cover in Ireland, spying on Irish Nationalists. His objective: to discover any plots to conspire with the French to bring down English rule in Dublin.
Dublin is full of plotters. Finding them is easy. Staying alive is not as straightforward.
A tale of spying, love and death against the background of the early struggle for Irish independence. 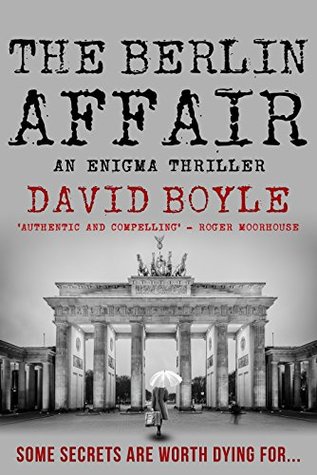 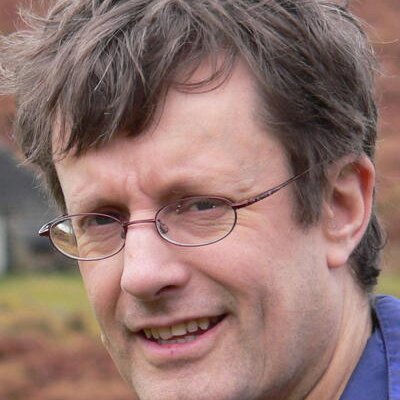 Raptor by Stephen Phillips
My rating: 3 of 5 stars

Raptor is a WW1 historical novel and opens in 1915 with the second battle of Ypres. Edgar Smythe is is an engineer, yet he finds himself deep within the fighting, ending up gassed and wounded.

Returning to England to recuperate, Edgar and his family lodge in Folkestone. He needs the help of his sister until his eyesight returns. As a pair they are approached by Colonel Cockerill and asked to join a secret investigation team who are searching for intelligence leaks at the frontline.

Edgar and Agatha undergo espionage training and are then sent to France posing as American journalists. Their forged American passports allow them to cross the enemy line and head to Brussels for clues, but they are picked up by the Germans. Held captive, Edgar is tortured until a daring rescue plan is mounted.

A cat and mouse adventure back and forth across Europe follows as the pair try to return to England, first with a hostage and then alone, but the elusive “Raptor” still evades exposure. They return to their French base and prepare to flush out their quarry with the help of friends.

I like reading war adventures, but for me they need to be full of tension and the horrors of battle. I need the writing to make me believe that the situations were raw and filled with fear and anxiety, but I felt this lacked both emotion and suspense. I believe the storyline, in this book, would benefit from slimming and sharpening to capture the harsh realities and desperation that war caused amongst those involved.

On the first day of the Second Battle of Ypres, a young officer receives life changing injuries. But the war has not finished with him. On repatriation to the Kent coast at Folkestone, he and his sister become involved in the ‘Great Game’ of espionage and counter espionage. Sent to the continent to try and find a traitor within the British ranks, they quickly find themselves on the wrong side of the front line, chased by the head of German intelligence, a distant cousin who has designs on the sister which are inconsistent with his role.

Chased across Europe, they eventually gather sufficient information to be able to identify the traitor, known to the enemy as Raptor. But that is where their troubles begin …