The Greenest Branch by P.K. Adams

The Greenest Branch is historical fiction set in medieval Germany. It is the first book in a series about the Benedictine abbess Hildegard. The story begins in 1115 when, as a child, Hildegard started her training at the convent of St Disibod. The Covent was in the grounds of an Abbey, with Abbot Juno having overall authority over both religious houses.

Hildegard had a natural flair for herbal medicines and a keen mind for politics, but she faced strong opposition to her academic hopes from the monastic powers. Under the tutelage of brother Wigbert, she was, however, allowed to work in the infirmary. She took over the herbal gardens and slowly gained respect for her work.

During the period there were many power disputes between religious and secular leaders across Europe. There were also debates as to how religious doctrines should be interpreted. These then spilled into the lives of Hildegard and her fellow brothers and sisters.

I was very interested to learn about Hildegard. The author has tried to keep as close to historical facts as possible, but where details were sparse, she has used her literary interpretation to fill the gaps. Hildegard’s story will continue in the next book in the series.

In The Greenest Branch the medieval era comes vividly to life in all its romanticism and splendor, but the societal strictures that prevent women from being able to access education and live independent lives are also on display.

The year is 1115, and Germany is torn apart by a conflict between the Emperor and the Pope over who should have the right to appoint bishops and control the empire’s vast estates. In that atmosphere, young Hildegard is sent to the Abbey of St. Disibod in the Rhineland as her parents’ gift to the Church in accordance with a custom known as the tithe.

Hildegard has a deep love of nature and a knowledge of herbal healing that might make more than one Church official suspicious of witchery, and she hopes to purse medical studies at St. Disibod. But no sooner does she settle into her new life than she finds out that as a girl she will not be allowed to attend the monastic school or use the abbey’s library; instead, she must stay at the women’s convent, isolated from the rest of the community and from the town.

It might seem that Hildegard’s dreams have quickly come to an end. Yet she refuses to be sidelined. Against fierce opposition from Prior Helenger, the hostile head of the monks’ cloister, she finds another way to learn – by securing an apprenticeship with Brother Wigbert who runs the infirmary and is in dire need of a capable assistant. Under his supervision, she begins to train as the abbey’s first female physician and makes rapid progress.

When Hildegard’s reputation starts to spread throughout the Rhineland, Helenger’s persecution escalates as he fears losing control over the women’s community. But that is not the only challenge she must grapple with. She has also developed feelings for Volmar, a fellow Benedictine novice, that force Hildegard to re-examine the fundamental assumptions she has made about her life. Is the practice of medicine within the monastic confines her true calling, or is a quiet existence of domestic contentment more desirable?

With the pressures mounting and threatening to derail her carefully-laid plans, Hildegard becomes locked in a struggle that will either earn her an unprecedented freedom or relegate her to irrevocable oblivion.

The Greenest Branch is the first in a two-book series based on the true story of Hildegard of Bingen, Germany’s first female physician and one of the few women to attain that position in medieval Europe. Set against the backdrop of the lush oak forests and sparkling rivers of the Rhineland, it is a tale of courage, strength, sacrifice, and love that will appeal to fans of Ken Follett, Umberto Eco, Elizabeth Chadwick, Margaret Frazer, Bernard Cornwell, Conn Iggulden, and to anyone who enjoys strong female protagonists in historical fiction.

I am a historical fiction author based in Boston, Massachusetts. I have a bachelor’s degree from Columbia University and a master’s degree in European Studies from Yale University. When I’m not writing, you can find me reading, drinking tea, doing yoga, or hiking. 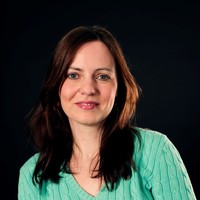