Book Title–  Legends of Windemere: Allure of the Gypsies

The epic adventures of Luke Callindor and Nyx continue after their journey down the L’Dandrin River in Legends of Windemere: Prodigy of Rainbow Tower.

Reeling from his failures in their previous adventure, Luke leads his surviving friends to his hometown.  With his mind frayed and his confidence fractured, Luke must face the family and fiancée he left behind.  It is a brief homecoming when the vampire Kalam attacks the village, forcing Luke and Nyx to break into his lair for the key to resurrecting a fallen warrior.  It is a quest that will force both young heroes to reach new heights of strength and power that they never knew they had.

Can Luke and Nyx escape the lair of Kalam?  And, what role will the orphaned gypsy Sari play in their looming destiny?

Beginning of a Hero-  http://www.amazon.com/Beginning-Hero-Legends-Windemere-ebook/dp/B00BL9GBU2/ 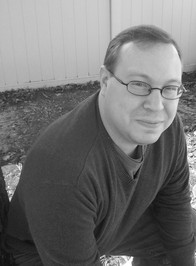 Charles Yallowitz was born and raised on Long Island, NY, but he  has spent most of his life wandering his own imagination in a blissful  haze.  Occasionally, he would return from this world for the necessities such as food, showers, and Saturday morning cartoons.  One day he  returned from his imagination and decided he would share his stories  with the world.  After his wife decided that she was tired of hearing  the same stories repeatedly, she convinced him that it would make more  sense to follow his dream of being a fantasy author.  So, locked within  the house under orders to shut up and get to work, Charles brings you  Legends of Windemere.  He looks forward to sharing all of his stories  with you and his wife is happy he finally has someone else to play with.
My blog: www.legendsofwindemere.com

Mouse and the Cossacks by Paul Wilson

This book weaves a tale between the lives of two people who have experienced trauma. Mouse has lost her ability to speak and prefers to stay in her silent world. William spent most of his life living with a guilt from the end of the war. In a series of letters which Mouse finds, William’s story unfolds, while Mouse tries to keep hold of her own fragile world, their lives intertwine. I must mention the book cover, lovely flaps made good bookmarks and the embossed cover was very tactile, I found myself opening the pages with care not wanting to crease the cover.