Terry has been reading Odd Numbers by J.J. Marsh 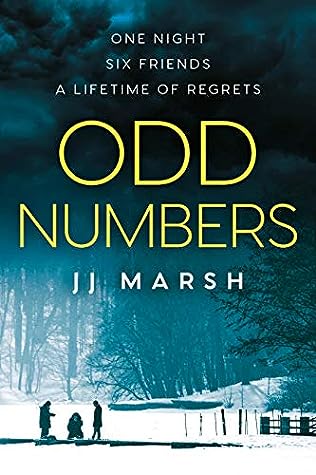 I chose this book from the review team list because I loved An Empty Vessel by this author, though this book is completely different.

For the past twenty years, Gael, Lovisa, Mika, Simone and Clark have spent every other New Year together, taking it in turns to choose the venue for a short holiday.  There used to be six of them, but Dhan died at their Y2K celebration two decades before.  At the time it was thought to be a terrible accident, but as the book progresses, we start to wonder if it was suicide, or even murder.

Interesting, interesting – and it is a testament to JJ Marsh’s storytelling skill that I enjoyed much of this, and was eager to find out what happened, despite some issues I had with the novel as a whole.

The book is told in first person chapters from all five friends, and dots back and forth in time between the present and the various reunions of the past twenty years, which were held in many different locations. To say I found the zig-zagging between time and locations confusing is something of an understatement; by half-way through I decided to stop trying to remember exactly where and when I was currently supposed to be, who was married to whom when, what already had or hadn’t happened in the chapter I was reading, and just concentrate on the relationship dynamics, and the uncovering of the mystery.

One of the characters comments that if it was not for Dhan’s death, maybe their friendship would not have endured. I thought she was probably right, as much of the time they don’t seem that keen on each other.  None of them are very likeable people (even the ‘nice’ one talks in humourless therapy-speak half the time), but I don’t mind that. I’d rather read about a sociopath than a saint any day; it’s far more interesting, the only problem being not having anyone to root for when all the characters are self-centred, cunning and/or in denial about more or less everything.

Aside from the chaotic timeline, I found it difficult to ‘know’ any of them, because each of their point-of-view chapters is written in much the same ‘voice’, despite their being of different nationalities, different social classes, etc. Aside from the varying subject matter, the odd Americanism from Clark, and Simone being a manipulative, particularly nasty piece of work, they all use the same language, have the same speech patterns, similar mood, tempo, vocabularies. Mika, Lovisa and Gael I could never ‘see’ at all; sometimes I thought I was reading Mika when it was Gael, etc. I also found some of the dialogue unrealistic.

Having said that… (and it’s a big ‘having said that’) I did enjoy reading this book, became immersed in the intrigue and thought the basic plot was great. I liked the slow uncovering of each person’s dark secrets, the truth about Dhan and the final drama, though it felt a bit rushed; I think more could have been made of it. There were a fair few irritations (not least of all the reiteration of the current trend I’ve noticed on new, young audience TV shows: that out of any group of young people, fifty per cent of them will have casual sex with either gender at the drop of a hat), but I found that … yes, I couldn’t put it down. It’s a hard one to rate. Yes, I liked it. Sort of. Mostly.

To sum up: The plot kept me interested throughout. JJ Marsh’s innate talent does come across, despite the book’s weaker elements; although the characters never really came to life for me, I liked the story a lot. So although I couldn’t say ‘yes, definitely, you must buy this’, I also want to say, it’s fun and original, and I did like it. Mostly. Sort of.

Can you forgive a friend?

Strange things bring people together. Like a tragic death.

Over two decades, five friends reunite every other New Year. They celebrate, grieve and heal. Memories grow dusty and the nightmare starts to fade.

On the 20th anniversary, in a remote snowy chalet, old doubts surface.
Wounds reopen and morality comes into question.

Is friendship a safety net or a tie that hobbles to the past?

They thought they knew each other’s secrets.
Did they miss the biggest one of all?

When history is rewritten, they must act to preserve the future.
A fatal decision means this reunion will be their last.

A psychological drama with beautifully portrayed characters and an intricately woven plot. The suspense emerges between the lines, grabs you softly but never lets go. 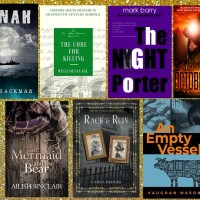