Another Life by Owen W. Knight

Another Life is speculative fiction with elements of myth and paranormal. This story is set in England and revolves around the life of Oliver Merryweather, a family man who prefers a peaceful life and who tries to be kind and do the best for his household.

Oliver tells a story about a trip to the Cotswolds, where he discovers a rural village of particular architectural interest. Durncot consists of seventeenth  and eighteenth century stone cottages, a village school with a maypole, pretty cottage gardens and a stone carving of a folklore figure: the Green Man. While he is looking around the village, a women waves to Oliver, and he notices an unusual tattoo on her arm. Afterwards, Oliver couldn’t locate the village on his map, nor could he find it when he returned years later.

Durncot remained a mystery to Oliver and one that he regularly thought about, particularly if he saw an unusual tattoo or read about the Green Man. Another time that Oliver travelled to the area, he discovered some unusual gardens and was invited to wonder alone around them; they had an unusual mystical feel.

The chapters of the book alternate between Oliver’s real life experiences and his exploration into the Durncot mystery which all lead to the final denouement. Here Oliver has an opportunity to look back over his life, one which he felt quite disappointed with, and to evaluate the number of good deeds that he actually achieved.

I enjoyed the folklore and the mystical elements of this book and I could have happily read a whole story about them without the need to interchange them with Oliver’s life story. The history behind The Green Man was of particular interest and I have visited the Cotswolds on a number of occasions, so the setting was very pleasing. Recommended to those who enjoy folklore and mysticism.

Imagine… if we could combine dreams and reality in a world where we live forever. Oliver believes his life to be one of disappointment and failure. Haunted by the memory of a mysterious woman he encountered thirty years ago, and obsessed with finding her, he embarks on a strange journey of grief, hope, myths and legends where dreams and truth merge. 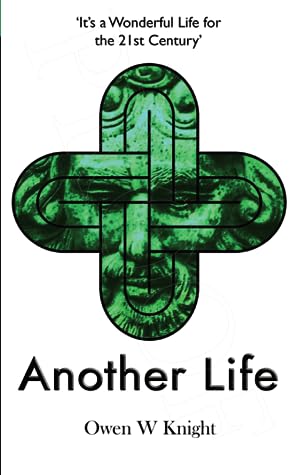