Knives and Knightsticks by K. Lew

Knives And Knightsticks is an amateur sleuth mystery with a touch of romance set mainly in Toronto.

Investigative journalist Zoey lost her job and was blacklisted by other newspapers after a story she was working became linked to some high-powered criminals. Meanwhile, Zoey’s best friend and flatmate Sadie landed a new job working as a clerical assistant in a police station.

Zoey found a small job delivering served court papers, but at one delivery address she discovered a dead body and a kidnapped girl. Although the police arrived at the crime scene, Zoey’s investigative instincts kicked in and with Sadie’s help she decided to dig into the situation further.

In Zoey’s personal life, a handsome stranger paid for her coffee, then asked her for a date. It became a double date when she took Sadie with her and romance for both of them looked promising.

The chapters alternate between Zoey and Sadie; I liked the opening chapters for both of the girls and this is what attracted me to the book. The story is fast paced; at times, I felt it skipped over some aspects and left out points which would have made some scenes more realistic. Even amateur sleuthing needs to be believable and while I liked the concept of the story I would have liked to see more character depth and much more grit and danger. I prefer stories that involve Mafia groups to have a dark sinister aspect to keep me invested in them. Sadly, although I liked the opening chapters the direction that the authors took the story didn’t work for me.

Sadie and Zoey, best friends and sharers of shoes, have both lost their jobs for Very Bad Reasons. Sadie ditched her lawyer boyfriend (who happened to be her boss) and Zoey followed her nose into a story that shattered her burgeoning career as a journalist.

When the story that destroyed Zoey’s career lands her next to a dead body, Sadie’s new job at the police station makes for the perfect spy. Unravelling the mystery proves to be more dangerous than expected, and the two find themselves wedged between romance, organized crime and deciding what shoes go best with a stakeout. 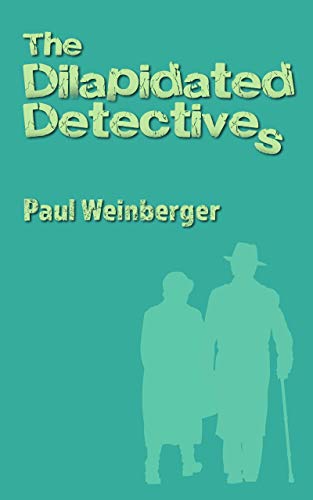