Today our guest is Susan Scott, author of yesterday’s book In Praise Of Lilith, Eve And The Serpent In The Garden Of Eden And Other Stories. Here is a link to the post http://wp.me/p2Eu3u-5oo

Let’s find out more about Susan and her writing.

* Where is your home town?

– I live in Johannesburg South Africa.
* What inspired you to put together this collection of essays?
– 5 of them are personal, 2 are quasi academic and as you know they are deeply psychological. From my studies in clinical psychology at university and ongoing study of C.G. Jung and other in-depth psychologists and writers, I realised more and more the value of self. I wanted to show how the seemingly mundane contains the sacred within and that there is universality in this.
* Can you briefly tell the readers what you learnt from creating your secret garden?
– When I committed to this project, it was very interesting to me how it began to unfold. In my instance I said ‘yes’ to the call of the yearning of creating my own secret space and began the action of implementing it. It is like saying ‘yes’ to the psyche and then experiencing the support that comes. As I cleared weeds and brush, sticks and stones, deadwood and dug deeper to prepare the soil and space, I thought how akin this was to clearing the psyche – getting rid of deadwood that no longer serves one and making way for new life, new energy and room for other things to grow – in the psyche. The ego took a back seat while I was doing this hard, physical, yet meditative work, and I found it liberating clearing useless deadwood in my psyche which made room for new energy to emerge.
* What sort of rubbish were you finding on the beach? How did it make you feel?
– the same sort of rubbish that one finds on pavements in towns and cities and even out in the country. Broken glass, plastic bottles and bags, fishing line caught up in rocks, rusting tins, cigarette ends, bottle caps, styrofoam containers. I felt pretty despairing about this care-less, thoughtless and destructive acts of discarding unwanted, non-biodegradable trash onto erstwhile pristine beaches or anywhere else. I wondered why it is that there is so little respect for Nature and all she gives us. Why make ugly what is beautiful? Is it some sort of destructive act against our own selves, this thoughtlessness and un-caring?
* Can you tell the readers who Lilith was?
– According to the Midrash (early middle ages exposition of the Bible by Jewish scholars), she was the first wife of Adam in the Garden of Eden, made from the same dust and clay and at same time as he, therefore they were equal. She was expelled from the Garden for refusing to be subordinate to Adam. She has both divine and demonic powers. Folk lore sees her as a demon, wreaking revenge for her banishment wherever she passes. In our contemporary lives and as women she is seen as daimon, or inner wise voice.  She’s been likened to the Black Madonna. Her repression still reverberates – as does her return. She needs to be redeemed through conscious awareness of her. We each have a light and dark side in simplistic terms and much of the wounding that comes from repression inter alia needs healing in order to be as whole as possible.
* What do you believe her role was in connection to Eve?
– Lilith spent a long long time in the depths of the Red Sea lamenting her repression and exile. Anything that is repressed will re-appear. Lilith appears in disguise as the serpent, and approached Eve in the garden when she saw Eve languishing against the Tree of Knowledge of Good and Evil (the first appearance of the opposites, central to in-depth psychology – and all of us). She offered Eve the apple, which Eve accepted. In psychological terms this can be seen as the way of rising from that undifferentiated state of unconsciousness, and into another world, albeit it a world of pain and pleasure, joy and grief, light and dark – a world of opposites, contained within us all. Our task is to find a way of uniting or finding a balance between those opposites. Lilith gave Eve the opportunity for consciousness, away from unconsciousness, blissful it may have been in Paradise. Both women said ‘no’ to injunctions, and both were consequently banished and repressed. Both were trailblazers whose trails are still deeply felt.
* Can you tell us briefly where our dreams come from?
– They come from the very person having the dream. And more specifically from the dreamer’s unconscious, that deep limitless reservoir. An ordinary event may be the hook on which the dream is hung, but they are worthy of deep consideration no matter in which way they present themselves to the dreamer. I like the saying from The Talmud: ‘An unexamined dream is like an unopened letter’.
* What made you decide to climb Mt. Kilimanjaro?
– I didn’t decide, it was decided for me. I signed a document in a wonderfully reckless moment at a birthday lunch. The hostess put a pen in my hand with a document in front of me stating the intention to climb the highest mountain in Africa the following year. My name along with hers and one or two others was at the bottom of the document. The hostess said ‘SIGN!’. So I did, little knowing …
* What were the worst/best bits of the mountain climb?
– There were so many bests. Without doubt, summitting! Actually being there at the top! Such an expansive feeling! Doing this with friends and the camaraderie among us, while each struggled in unique ways, is paradoxical in its way and is a lasting memory. The most difficult was for me coming down the mountain. For me that was unbelievably tricky. I’d forgotten that once you get up, you have to come down …
* Where can readers find out more about you?
– my website is probably the best bet. I’d love to connect with your readers. And thank you very much Rosie for this opportunity to express myself. It’s such a kind gesture to widen the field. I know we’re all very grateful. 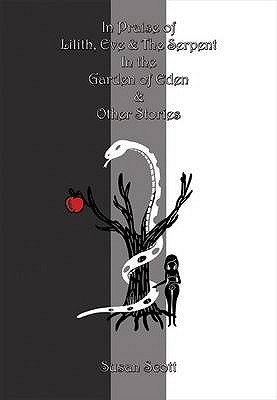 Find a copy here from Amazon.co.uk or Amazon.com
Thank you Susan your book is full of deep and interesting topics.