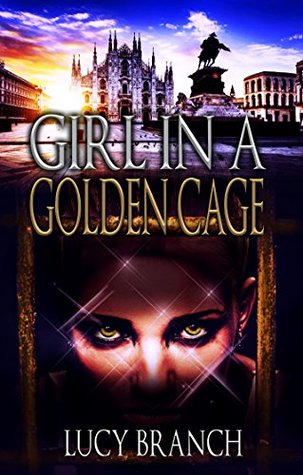 Girl In A Golden Cage is about Francesca Milliardo as she discovers she has an extraordinary and supernatural talent. She visits her rich father in Milan, and enjoys a life of glitz and glamour – a refreshing change from her home in the UK, but slowly begins to feel more unsettled.

From my understanding, Girl In A Golden Cage is the sequel to A Rarer Gift Than Gold, which I’m only just realising now. I haven’t read A Rarer Gift Than Gold, which, according to Amazon, is about Abigail Argent, a skilled craftswoman, who can enhance the beauty in metal sculptures. She discovers her craft is linked the art of alchemy, and uncovers a dangerous secret.

Although Abigail features in Girl In A Golden Cage, I don’t think I’ve missed out, despite not reading the first book. Francesca is a new character, and we explore the seemingly luxurious and wonderful Italian through her eyes – not Abigail’s – and watch her gradually uncover her father’s deception.

There are lots of Italian references (obviously) and a lot of artistic language and description. I didn’t really understand these parts – I’m not a very artistic or multi-cultural person, but I am confident Branch knows what she’s talking about. Amazon lists some of her achievements, such as studying at University College London, The Royal College of Art and Victoria Albert Museum and being a restorer of public sculptures and historic features.

While I liked the character of Lorin, I thought his motivations for involving himself Francesca were a little predictable. I didn’t feel that their connection was “real”, despite Francesca believing she was in a genuine and trusting relationship.

Also, I’m not sure what genre Girl In A Golden Cage is meant to be – it’s very difficult to pin down. There’s suspense, but it’s not wholly a mystery novel. There are some violent moments, and criminal activity does crop up, but I don’t feel like there’s enough to classify it as a crime novel. If anyone has any suggestions as to a genre which best fits this book, I’d be glad to hear them.

For me, the main let-down of Girl In A Golden Cage was a little too much unnecessary dialogue and the subsequent description of speech acts (e.g. he said/she said). I’m a strong believer in not overusing dialogue (or obvious narration) to convey basic information. For example (this is not lifted from the book, but an exaggerated example), I prefer to interpret a speaker’s body language, for instance, based on the way they speak and the character traits that have already been assigned to them, rather than a descriptive line of dialogue such as: “I am very annoyed” said the man, in a frustrated tone of voice, folding his arms and scowling.

On the whole, despite not reading A Rarer Gift Than Gold, I managed to enjoy Girl In A Golden Cage and thought it was a good book, although I can’t put into words exactly why that is!

A Rarer Gift Than Gold is available to buy as an e-book or paperback from Amazon.co.uk or Amazon.com.

Girl In A Golden Cage is available to buy as an e-book or paperback from Amazon.co.uk or Amazon.com.

She has an eye for detail but can she see the truth? Making decisions is not one of Francesca Miliardo’s strengths so when something mysterious starts unfolding in her father’s mansion in Milan – it’s no surprise that she’s unsure what to do. Francesca dreams of becoming a star in the contemporary art world and she has all the right connections, though what should be a summer of fun is turning out to be anything but.

Crippling migraines have always been a burden, now strange happenings are making her question whether they really are a curse. It’s not the best time to fall for someone, but who could resist a man with wolf’s eyes? Knowing who to trust is vital when those closest to you are suddenly not all they seem. It’s the time in Francesca’s life to make some hard choices: follow her own path or step into somebody else’s story. 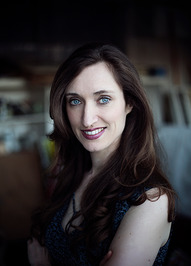 Lucy Branch’s fiction has been featured on Radio 4, Timeout London and The BBC World Service. She is an expert in the conservation of public sculpture and has worked on some of the UK’s highest profile projects including Nelson’s Column, Eros and Cleopatra’s Needle. She studied at University College London, The Royal College of Art and Victoria Albert Museum. Her knowledge and passion for the art world is poured into her fiction which she weaves together with myth, conspiracy theory and fantasy.