Today’s team review is from Frank. He blogs here https://franklparker.com/

Frank has been reading Burke In Ireland by Tom Williams.

It is 1793. In Ireland Wolf Tone and the United Irishmen are producing pamphlets and speeches advocating for the extension of the franchise. They are also in close touch with groups prepared to do more than advocate: to organise armed insurrection and encourage a French invasion.

A young James Burke is sent by the British government to infiltrate the organisation and report back on the details of their plans.

Another book by Tom Williams dealing with real events from British history, something which he does so well, this is the fifth in the series featuring James Burke. In the chronology of James’s career it is his second adventure.

The atmosphere of late eighteenth century Dublin is superbly evoked; both the physical and the social. The squalor of the slum districts is set against the plush interiors of the homes of the wealthy.

This differentiation between the masses and the privileged extends to the prison where a lawyer friend of the campaigners is allocated relatively comfortable accommodation.

The story progresses at a good pace as James inveigles his way into the organisation and is welcomed into the home of a wealthy man at the centre of a network of safe houses and secret arms caches.

He quickly learns that all is not as it seems in this household. He accompanies the man’s daughter as she brings food to starving citizens but danger lurks in her apparent affection for him.

The working out of the central conspiracy, to assist the escape of a prisoner, is gripping. It does not go precisely as intended and the possibility of James’s true identity being revealed is ever present.

The style makes it an easy read. It is not over-long. The history and the political background are infiltrated almost unnoticed into the story.

I have read many books dealing with Irish history since I made my home in Ireland. Most present an Irish perspective, often overtly anti-British. It should come as no surprise that a British writer does not follow that trend. Nor, however, does he present a viewpoint biased towards the British. As when dealing with British-Indian history in “Cawnpore”, he shows us both sides.

James, consorting with the Irish conspirators, learns some of the injustices they are seeking to correct. But he is, first and foremost, a soldier loyal to the crown and sees, too, the way in which different branches of government pursue their own often conflicting, agendas.

Read this book for the pleasure of watching a conspiracy unravel and discover how the campaign for Irish home rule drew on, and was a part of, the fight for human rights across Europe and America.

James Burke’s first mission!
1793 and James Burke is under cover in Ireland, spying on Irish Nationalists. His objective: to discover any plots to conspire with the French to bring down English rule in Dublin.
Dublin is full of plotters. Finding them is easy. Staying alive is not as straightforward.
A tale of spying, love and death against the background of the early struggle for Irish independence. 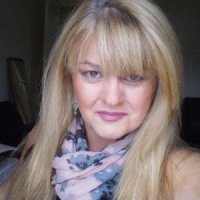