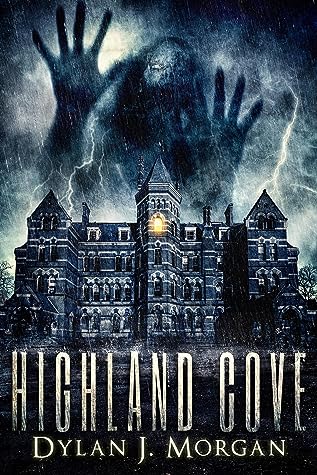 Rating = 🖤🖤🖤🖤 | 4/5
Thank you to Rosie’s Review-a-Book Challenge for an eBook in exchange for an honest review.
I love a good ghost story and/or horror movie. This book falls into both of those categories. I could easily see this book turned into a movie.
The writing was elegant, vivid and wonderfully descriptive… I was drawn in from the first few lines:
“Dark hallways resonated with the sounds of suffering. Doors slammed in the abyss, footsteps boomed off the walls, and tortured moans echoed the pain of their lives. Never before had he head them this clearly or in such numbers; never had he heard them so angry.”
The story unfolds through alternating POVs from the five main characters: Codie the leader, Kristen the girlfriend, Alex the rich kid, Liam the believer, and Julian the camera man. Each character’s background adds to the tapestry of the narrative, while their individual experiences run the range of the fear spectrum. Historical chapters provide a perfect dimensional overlay to what the characters are encountering as they cross paths with the former residents of the asylum.
I would have loved to have more actual encounters with the ghostly inhabitants, especially with Liam, and additional backstory. This is not to say that the story wasn’t complete, just that it was so entertaining that I wanted more. The book moves along at a good pace and there is plenty there to satiate any lover of the genre.
Overall, this was a great ghost story and had a surprise or two I didn’t see coming.