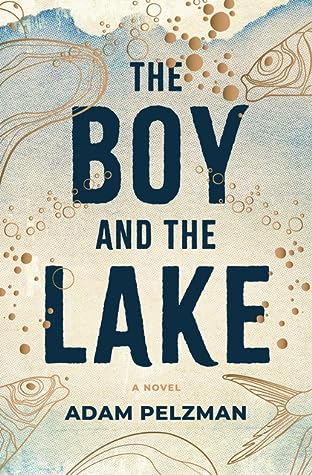 From the blurb, I thought this book would be dark and plot-driven; it mentions protagonist Ben’s suspicions about a body found floating in the lake, thus: As Ben’s suspicions mount, he’s forced to confront the terrifying possibility that his close-knit community is not what it seems to be—that, beneath a façade of prosperity and contentment, darker forces may be at work. I expected all sorts of sinister revelations, but Ben’s questions surrounding the death of Helen Lowenthal form the background rather than the main story—though when his answer arrives, it is shocking indeed. I love a good twist within a twist that I didn’t even half-guess, and this certainly ticked that box.

Essentially, this is a coming-of-age novel. Although I think it could have done with a little more plot, the writing itself is spectacularly good, of much literary merit, making it a joy to read. The subtleties of the characters, traditions and social protocols of the Jewish community in the 1960s were acutely observed, as were the marital problems of Ben’s parents, his mother’s neuroses, and his own burgeoning drink problem. Later, the lake by which the community lives is contaminated, which I took to be allegorical of not only the underlying problems within the society that was Red Meadow, but the 1960s themselves—the corruption and unrest beneath the image of hope, prosperity, revolution and the Summer of Love. Or perhaps I’m reading too much into it.

It’s one of those books that I didn’t absolutely love because of personal preference about genre, but I can appreciate is first class of its type. Should complex family intrigue, stunningly good writing, coming-of-age dramas and the strange new world of the 1960s be totally your thing, I would recommend that you buy and start reading this immediately. And the ending is perfect.