Terry has been reading Dark Oaks by Charlie Vincent 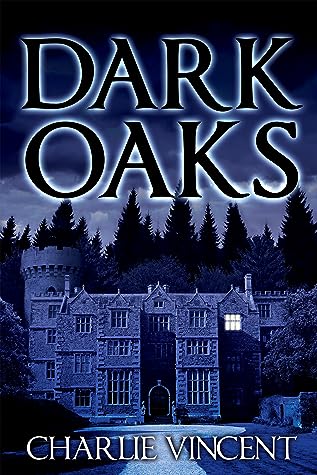 When I started reading this book I was at once impressed by the writing style and enjoyed reading about wealthy doctor Charles Mason and his ritzy lifestyle in Monaco; there was a certain dry humour about his observations and the narrative flowed well.  There were a few minor proofreading errors which I could overlook, because I liked what I was reading.

Charles wakes up on the morning after his extravagant annual party to find that everything is not as it should be, in a big way.  The book then moves to Dark Oaks, his ancestral home in rural Hampshire.

It is clear that the author knows Monaco well, and I liked reading about the lifestyle of the rich and famous with whom Charles mingled, but there is a little too much detail that is not relevant to the rest of the book.  Throughout, there are long blocks of description, much of it superfluous, which is unbroken by dialogue and slows down the plot, not least of all a long paragraph describing the making of a sandwich, and a wince-making piece of exposition in which Charles has the phrase ‘chop shop’ explained to him, which is clearly only there to explain to the reader (I thought it unlikely that Charles would not have known what a chop shop was, and ditto most readers).

The book is basically well-written, and the plot is interesting, but the novel is not structured well.  The history of the family is told in backstory when Charles gets to Hampshire; an initial few chapters set in the past, at the beginning, would have set the scene much more effectively, and linked the Monaco and Hampshire sections together – once Charles got to Hampshire I felt as though I was reading a completely different story, with the sudden introduction of a number of new characters who had not been mentioned before.  To sum up, there is much to commend about this book, but I think it could use a bit more thinking through and the hand of a good content editor.

New Year’s Eve. The turn of the millennium. A tragic accident results in the death of Charles Mason’s parents, his sister-in-law, and her unborn child. His army officer brother, Robert, is the only survivor.

Unable to come to terms with the loss, Charles moves abroad and tries to forget the past.

Twenty-two years later, things start to go badly wrong for him. Two of his friends go missing, his boat is stolen, and his bank account is emptied. Scared and unsure of what to do, Charles returns to England to ask Robert for help.

As the two brothers begin investigating who is behind the crimes, they uncover evidence that somebody out there has been masterminding the death of their entire bloodline over the course of decades, and they are next in line.

Can Charles and Robert bring their nemesis out of the shadows and fight back, or are they doomed to follow the same fate as the rest of their family?