Toubab Tales: The Joys and Trials of Expat Life in Africa by Rob Baker

Toubab Tales is a travelogue set in Mali between 2009 to 2012. Musician Rob Baker and his family lived in Bamako, Mali’s capital city. Rob studied Mali’s musical traditions as an ethnomusicologist, while his wife taught international children in a school.

The reader gets to ‘see’ Mali through Rob’s eyes as he travels around the country investigating local music, instruments and songs. It offered an unusual theme to a travel style book. Through Rob’s work we get to learn about everyday living in the city of Bamako and about travelling to more remote places. Rob is offered a free flight to Timbuktu where he discovers a music festival in the desert.  He travels by leaking boat to another remote area to study local music and takes a long train journey to Kayes, where the high temperatures bake everything. Other times Rob drives his Toyota Hilux along sand tracks which are full of pot holes, journeys for hours on the back of a motorbike and accepts that taxis often have just one working headlight, broken wing mirrors, no seatbelts and holes in their floors.

Toubab means ‘white man’ in the local Bambara language and Rob was constantly greeted this way. Local people never saw it as racist or impolite; to them it was a word which stated the obvious. Learning about how the people lived and what they thought of their own country were parts which interested me the most in this book. I wished Rob and his family could have stayed in Mali longer, however, a coup forced them to leave when it became dangerous for foreigners to remain in the country. An interesting book and one which had me reaching for an atlas to understand more about Mali and its neighbouring countries.

“Go to Mali,” they said. “The music is amazing,” they said. “And you get ten hours of sunshine every day.” So I did, and this is the story of my three years in a poor yet incredibly rich West African country; a story of hope, warmth and positivity in the face of adversity. As a Toubab (Westerner) in Mali, I acquired many new skills: how to deal with persistent street sellers, how to use a ‘long drop’ toilet, surviving malaria and dysentery, enduring a climate constantly hotter than my own body, breaking down hours from anywhere, and making a 17-hour river journey on the roof of an oversized canoe. And all in the aid of ethnomusicology: the science of music in culture. My story closes amidst machine-gun fire, curfews and sudden farewells as the country spirals into chaos following a military coup; not the best weeks my life, but certainly among the most interesting. 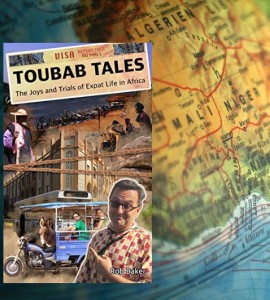 3 thoughts on “Rosie’s #Bookreview of #Travelogue TOUBAB TALES: The Joys And Trials Of Expat Life In Africa by Rob Baker #TuesdayBookBlog” 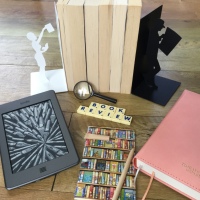 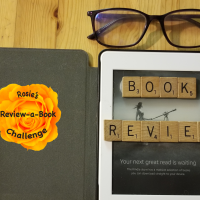