The Hunted by Gabriel Bergmoser

The Hunted is an action thriller set in the Australian outback. Frank runs a service station, which is a lonely life but one that he chose. However, his granddaughter is currently staying with him; they’re strangers and hardly communicate. All this changes on the day a young woman covered in blood collapses on the forecourt.

Maggie met Simon in a small town bar; they were both looking for ‘something’ and agreed to travel onward together, taking the less travelled road. They came across some hunters who invited them back to their small town. Simon’s survival instinct warned him to get away fast, but Maggie was more relaxed and persuaded him to stay just one night in the town.

The chapters alternated and were given simple headings ‘Then and Now’. This allowed the back story to be told and gave the reader hints about what could happen. A warning: the story did contain gore and a small number of shocking scenes.

Initially there are only a few characters in the story, but by the end I lost track of who many of them were as there wasn’t much character development. This is however, an action led story with plenty of impressive fight scenes. I was rather surprised that there weren’t more plot twists as I did guess much of the outcome early on. Occasionally the storyline felt familiar but I couldn’t tell you where I’d seen or read it before, just that certain parts didn’t surprise me.

Overall, I enjoyed the story, even the parts which stretched my ability to believe it all, but then much of action adventure smudges the lines of credibility and entertainment.

Where does the adventure end . . .
and the nightmare begin?

Frank owns a service station on a little-used highway. His granddaughter, Allie, is sent to stay with him for the summer, but they don’t talk a lot.

Simon is a dreamer and an idealist, in thrall to the romance of the open road and desperately in search of something.

Maggie is the woman who will bring them together, someone whose own personal journey will visit unimaginable terror on them all. . . 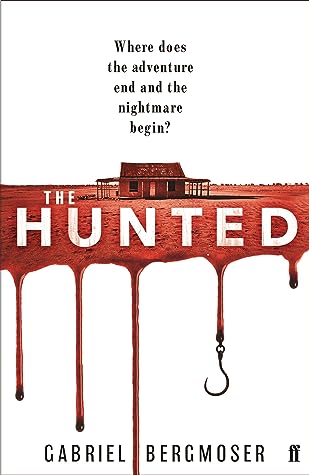