Judith has been reading Generation W by Urban Kingdom

I have dipped into this book over the last few weeks and, on the whole, enjoyed ‘listening‘ to the voices of so many inspirational women giving their opinions and their voices to what it is like to be a woman living in these times. There are many sections: arts, sports, feminism, music, politics – so many different walks in life; so varied. Some so intense that it’s only been possible to read one or two before having to set the book aside to think about their issues, their points of view. I have to admit there have been so many scenarios that I have not had to deal with in my life – and I have great admiration for the strength of character that comes through in the telling.

A small note of disappointment and something that could easily be rectified; the book does need another edit and proofread. I’ll leave it at that.

However, the honesty and integrity shines throughout the book in these uncensored interviews and I have no hesitation in recommending Generation W. A word of warning though: this is a book to buy to keep, to, as I say above, dip into. It’s actually a book I will give to my granddaughter when she is older. It shows that so much can be achieved by anyone with determination and self- belief.

Generation W is a collection of 100 uncensored interviews with 100 unapologetic and leading British women from all generations who answer the same ten questions about what it was like to live through the 100 years since women began to receive the vote.

Including:
Dr Averil Mansfield – The first British female professor of surgery.
Sally Gunnell – The only female athlete to win Gold at Olympic, World, European and Commonwealth level.
Laura London – At 16 years old Laura was homeless, at 18 years old she was the youngest female magician to be inducted into the Magic Circle.
Alice Powell – on the centenary of women receiving the vote, Alice Powell became the first female racing driver to win a race in Saudi Arabia, in the same year it was finally made legal for women to drive in the country.
Stacey Copeland – growing up, boxing was illegal for women to compete in, in 2018 Stacey Copeland would become the first British woman to win a Commonwealth Title. 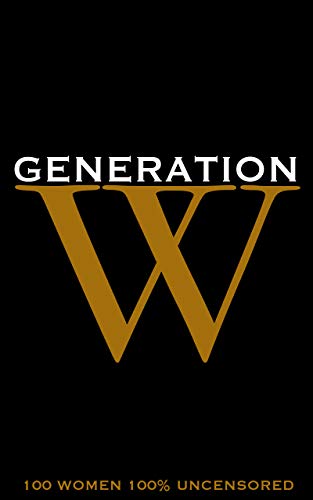