The Silk Merchant’s Convenient Wife is a Victorian romance and is mainly set in the industrial town of Macclesfield. Jonathan Harcourt is a successful partner in a silk weaving business; although he vowed not to marry, he is encouraged by his childless partner to take a wife for companionship and to produce an heir.

Aurelia’s family have recently returned to the area and her father has gambling debts which will make it hard to fill marriage dowries for his three daughters; he is pleased when Jonathan approaches him with a proposal about buying some land. A counter-deal includes the hand of one of his daughters as well as the land.

This is a story which begins as a marriage of convenience and ends as so much more. I enjoyed the setting which was different from the many London settings in this genre. There is a lovely inclusion about The Great Exhibition held in 1851, which although only touched upon, was a fascinating addition to this story.

His parents’ loveless relationship has left silk merchant Jonathan Harcourt suspicious of marriage. But in order to expand his mill and have an heir, he must marry his neighbour Aurelia Upford. Even more surprising than finding himself with a clever, beautiful society wife is the unexpected passion that flares between them, and the unsettling emotions it leads to. Sharing a bed was part of their arrangement, but can Jonathan risk sharing his heart, too? 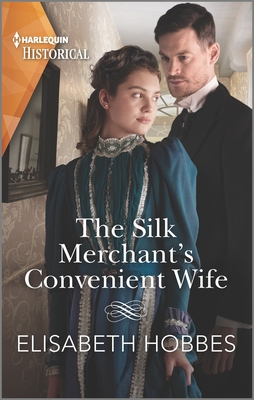