Seeds of Murder by Reily Garrett

Seeds Of Murder is book three in the Moonlight And Murder series of romantic suspense stories.

When out hiking, biologist Darby and her mentor Basil are attacked by an artificially seeded cloud which directs skin-burning acid rain on them. Someone has weaponised her mentor’s experiment and used it against him.

Urged to run for her life, Darby seeks out Private Detective Nick Tucker, a former friend of Basil’s, for help. Together they uncover a plot of evil and greed while Darby becomes a target whom Nick vows to protect.

The concept of seed clouding gives this plot a modern feel, without the science going over the head of the reader. The author uses characters from previous books, both civilian and professional which I enjoyed meeting again. The chemistry between them all works well and they welcome Darby into their friendship group with ease. There are a couple of lovely dogs who hold important roles, which should delight canine fans. The tension is interspersed with lighter moments of teasing and camaraderie, many of which heighten the romantic element in the story. Overall a good addition to this series.

Witness Darby Loughlin shifts from hunted to hunter in this spine-chilling thriller of murder, greed, and romance.

On a secluded mountaintop, Darby Loughlin witnesses her mentor’s death during an afternoon hike. It’s murder. She knows it but has no proof. The killer isn’t present, nor does he leave traceable evidence.
Teaming up with former police officer turned private investigator Nick Tucker is a distraction and unwelcome necessity. Unfortunately, she lacks the skills and tools needed to trace the camouflaged assassin.
Straddling the law has never been a problem since her moral compass points true north. This time, however, she must work with authorities to gain insight into a world to which she doesn’t belong.
As the snarl of lies and deceptions unfold, Darby and her K9 partner struggle to stay ahead of the killer who’s selected her as his next victim. 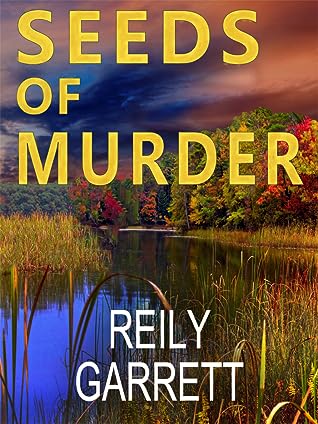