Breakfast at Bronzefield by Sophie Campbell

Breakfast At Bronzefield is a non-fiction memoir from Sophie Campbell who spent almost two years in two English women’s prisons. The first was Bronzefield; this is Sophie’s take on the conditions and how she coped with prison life.

Although Sophie was brought up with family who partook in criminal activities, Sophie strived to distance herself from them. However, after assaulting a police officer she was first put on remand and then sentenced to time in prison.

If you know nothing about the English prison system then this is quite eye-opening; however, if you have an interest in real crime, you may already be aware of many of the events that Sophie described.

I was very surprised by the lack of support given to the prisoners especially as they approached release. Sophie was homeless when she left and she was forced to stay with her criminal father who tried to coerce her back into a life of crime. I could understand how easy it could be for some prisoners to re-offend.

Although I found this book interesting, at times the content jumped around and gave away later elements, which was distracting. As I had an ARC of this book for review, hopefully these points and most of the typos I spotted were corrected before publication. One final thought: I didn’t think that the choice of book cover and title suited the book genre.

But what’s the truth behind the headlines?

Forced into signing an NDA when she arrived there on remand, former public schoolgirl Sophie risked extra time on her sentence by documenting her experiences of life inside.

Backed up by recent research and statistics, Breakfast at Bronzefield offers a powerful glimpse into a world few see: riots; unethical medical prescribing; and prison barons – key figures behind prostitution and drug-smuggling.

In a world where anything goes and being rehabilitated simply means saying ‘sorry’ right up until you’re released, how will Sophie cope on the outside, where she is expected to play by different rules? Will she succeed in creating the life she wants? Or, like most prisoners, will she end up back where she started? 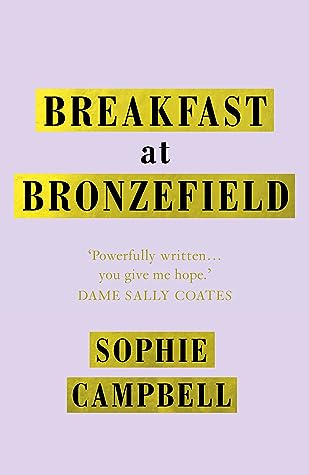