Deceptions of Chenille by Sally Dallas

Deceptions Of Chenille is a romantic suspense and is the story of Chenille, a daughter, wife and an attorney. It opens with her disappearance which left her husband believing that she had been kidnapped. As the story unfolds the reader learns about Chenille’s hidden side and how she easily lies about herself and situations.

Although the story starts in California there is a second setting in Argentina, where Chenille spends several years before returning to Los Angeles. While in Argentina, Chenille’s choices cause problems and endanger the ones she loves.

I liked the opening scenes of this book and anticipated a story which would keep me guessing until the end. However, the author chose to spill the beans about Chenille’s side of the story quite early on and I thought that it watered down the suspense element. The story idea had a good start, but I then began to be unconvinced with some of the details which I felt were glossed over. Also as the  narrative developed I thought it missed opportunities to create the fear, tension and real grit of a suspense.

Overall, for this to be competitive, it needs a bit more work on the main characters and a careful look at the small details needed to strengthen the plot.

A sophisticated romantic thriller, in the vain of Gone Girl, minus the graphic violence.

Attorney, Chenille Conrad, has mysteriously disappeared. Her husband, Daniel, finds her BMW in the garage, her cell in her Gucci purse, and her clothes undisturbed in the closet. She never goes anywhere without her phone. Where is she? He’s confident she wouldn’t leave him. They’re deeply in love, and on the fast track to successful careers, a house in the suburbs, and a family to fill it. They talked at noon and agreed salacious sex was the plan for the evening. She had to have been abducted.

When the police find blood stains on the front porch, and on her sweatshirt, Daniel becomes the primary suspect. Profiled by the detective as a jealous, control freak, he must prove his innocence. He puts the pieces of the puzzle together, yet can’t overcome his need to protect his wife. As the investigation unfolds, shocking clues exposing her motivations, and true persona, are revealed. Who is this woman he married? Chenille’s greed and tenacity have thrown her into an inescapable web of her own creation, putting her life, and that of her young son, in danger.

Written with alternating, yet simultaneous points of view, a multi-cultural triad of love stories evolve, each with their own unexpected outcome. An intriguing story of love, lies, and larceny with an unpredictable happily-ever-after. 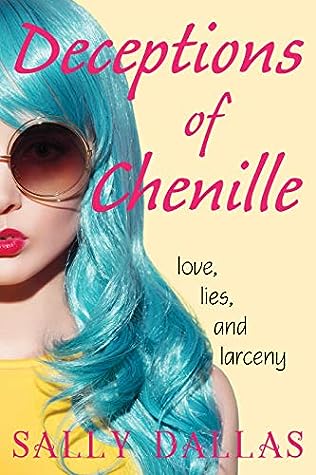