Pivotal Decisions is book two of the Moonlight And Murder romantic suspense series.

This story is set in the Florida Everglades and involves virtual reality gaming technology. The book opens with a gruesome murder scene; a man so lost inside the gaming world behind his goggles that he appears not to notice his legs have disappeared. But why is he sitting on a chair in the middle of a swamp and why did the predator take only his legs?

Augee knew his best friend Jinx was worried, so when he received an odd text asking him to meet Jinx at a strange location, he invited wildlife ranger Sabine along too. What they found was horrifying. Concerned that his past might misdirect the police investigation Augee asks his estranged brother for help. Coyote Waylin hadn’t been back to Florida for six years, but he’d always tried to put his family first, even if it meant hurting the ones that he loved.

I liked this story, particularly how the animal life of the area enhanced the murder thread; it made me shudder several times. While you don’t have to know much about virtual reality gaming to follow the narrative, its theme just gives the story a ‘current’ touch. There are a couple of romance threads, one that overlaps from book one and a new one for Coyote. We first met Coyote in the previous book and I already liked his manner and principles; it was good to see him as a main character in this story.

Although this book could be read alone, I believe it would be more enjoyable when read as part of the series. Ideal for those who enjoy a murder investigation and who don’t mind mixing it with a reptile or two.

She carries a gun for a living…
but never expected to be a target.

Sabine’s early morning hike ends with discovering her friend sitting in a chair by the canal and gazing at the sunrise. Peace and serenity pervade, except, he’s dead.
To discover the how and why of his death, she must first survive the shrewd killer intent on removing human collateral and regaining lost technology.
Coyote Waylin hasn’t set foot in the Everglades for six years, not since the night he broke his brother’s jaw and saved his sister’s life. After receiving a desperate call from his sibling, he rushes south to untangle a web of murder and intrigue.
Together, Coyote and Sabine sort the snarled web of lies and deceit while struggling to maintain their personal space. Failure to thwart the ingenious killer could result in untraceable mass murders. 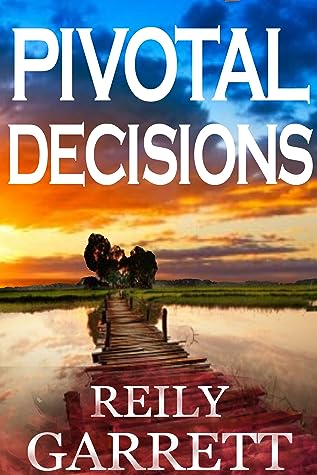