The Worst Lie by Shauna Bickley

The Worst Lie is a crime fiction mystery set in England. Lexie is a freelance journalist and has been friends with fellow school mum Helen for a few years. One day Helen is anxious about an old university friend who has been in contact and is coming to stay. Helen is worried that the past might be dragged up, so she asks Lexie for her support.

Eden Sandiford never believed that her best friend committed suicide. She plans to reunite her university friendship group and flush out the murderer.

What lies under the surface of friendships and relationships? Lexie is about to find out as she is invited along to a reunion weekend to help unravel the truth about what happened ten years ago.

This is a story for those who enjoy the amateur sleuth theme. I liked Lexie’s methodical investigating and the writing style made me feel involved in all her research. I would describe this as a medium-paced mystery with some lovely village settings.

Madelaine had everything she wanted.
Friends, a successful film career, and a loving boyfriend.
Then she was dead…

Lexie’s friend Helen was part of a close-knit group at university. Now, ten years later, Helen is fearful when another of the group reappears and suggests a reunion.

Lexie contrives an invitation to the weekend get-together at one of England’s ancient stone circles where one of the group admits they believe their long-dead friend was murdered.

Lexie discovers each of the group has secrets and each has lied, but could they also have committed murder?

There is another death at the stone circles, and Lexie uncovers information that may connect the two crimes… and implicate her good friend.

Is someone targeting the former students, or is the killer one of the group? 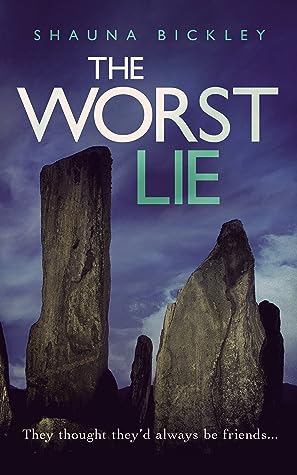