The French Carpenter is historical fiction and is set on the coast of Sussex. Gervase, a young French carpenter, was shipwrecked in a storm. He was discovered half-drowned on the beach and was offered shelter and work by a local family. His skills as a carpenter got him specialist work for the Templar monks and a local Baron, but Gervase got caught up in a dangerous plot to cause trouble for the Templar order.

I liked this story particularly because it was based around several real characters. I also have a fascination with the Templar Knights and I thought that the author made a good attempt at mixing fact with fiction. I would describe the story as slow paced, but I felt that it reflected the era in which the book was set.

Overall, a good start to a series.

In AD1200, a young man – Gervase Pitt – is found half drowned on a Sussex beach by the teenaged Joan. Their meeting will lead to an adventure involving lords, clergy, the (so-called heretic) Cathars and infamous Knights Templar.

Together with Nick, the autistic child they adopt, they must discover how the nearby Priory is trying to discredit the Baron for whom Gervase works and, more importantly, prove it is false.

Their investigations cover much of Sussex and Surrey, before Nick’s photographic memory comes to their aid.

The French Carpenter is the first in a series of books covering the Pitt family’s adventures during the first decades of the thirteenth century. It includes many real-life characters, who become embroiled in the machinations of evil-minded and ambitious people. 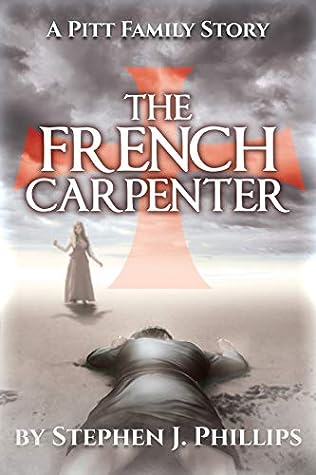