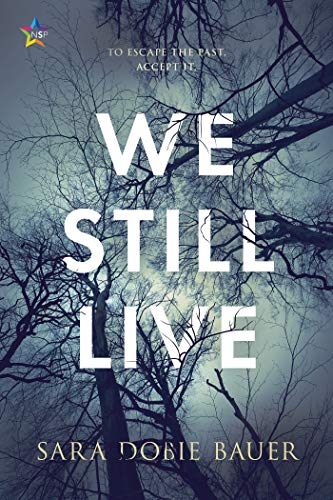 We Still Live is a contemporary romance set around the survivors of a shooting incident in the United States.

Isaac Twain has just joined the English teaching staff at Hambden University. The move was rather rushed; Isaac replaced a teacher who wasn’t returning to the scene of the shooting, and Isaac had his own reasons for taking the last minute job.

During the shooting incident, John Conlon stood in front of the gun wielding student and was the last person to speak to him before the boy turned the gun upon himself. The media made John out to be a hero but he refuted this and just wished to be left alone. He was a popular man; liked by friends students and staff he made an impression wherever he went. On the outside he was fun-loving, a protest leader, minority supporter and openly gay, but the experience he went through affected him badly.

This story had plenty of drama as it dealt with some serious mental health issues caused by the shooting. However, the beautifully created main characters made it enjoyable to read. The romance between John and Isaac worked well and the growth of their relationship was endearing to watch. I was impressed with the book, the writing flowed smoothly and the narrative will be one of those that will remain with me for a long time.

Running from a scandal that ruined his life, Isaac Twain accepts a teaching position at Hambden University where, three months prior, Professor John Conlon stopped a campus nightmare by stepping in front of an active shooter.

When John and Isaac become faculty advisors for the school’s literary magazine, their professional relationship evolves. Despite the strict code of conduct forbidding faculty fraternization, they delve into a secret affair—until Simon arrives.

Isaac’s violent ex threatens not only their careers, but also John’s life. His PTSD triggered, John must come to terms with that bloody day on College Green while Isaac must accept the heartbreak his secrets have wrought.