Scout Ainsley spent ten years as a soldier on Atlantic Island, but in real time he only went to Atlantic City for the weekend. Now he must continue with his teenage life, with strange voices in his head and the experiences of a man.

A new girl at school offers him friendship and understands some of his past. She can travel through time; together they go to Mexico to the site of an archaeological dig. The voices in Scout’s head urge him to follow the path of the Jaguar, an animal revered by the ancient Mayan people.

I hadn’t heard of Fred Shernoff’s Atlantic Island series before I read this book. Although it can be read without any previous reading of Shernoff’s books, I believe I would have enjoyed this book more if I had read them. Jaguar Warrior is however, laced with St. James’ writing style which I am familiar with. The Mayan myth theme held my attention in a complex plot, but as this is only part one of a new series, the story remained unsolved. This book would probably be ideal for those who are already fans of The Atlantic Island trilogy.

Scout Ainsley is trying to find a normal life following Atlantic Island. His memories and nightmares of the Island remain fresh and painful. Leyna Carlyle represents a bright hope for new life. Together, they will search for the ancient truths buried in Mayan myths and ruins.
Time travel to Mexico is no picnic on the beach. Scout is connected to the powerful artifacts both sides want to claim for themselves. The recent MMEA battles have ripped threads of the Prime Universe and time is running out for everyone. An FBI investigation into stolen antiquities only adds a new twist in Scout’s already complicated life.
The true danger to Scout lies much closer to home. A betrayal will make him question everything he’s learned even as he gets closer to the truth.
Can Mayan artifacts save his life or does an ancient curse mean his time is up? 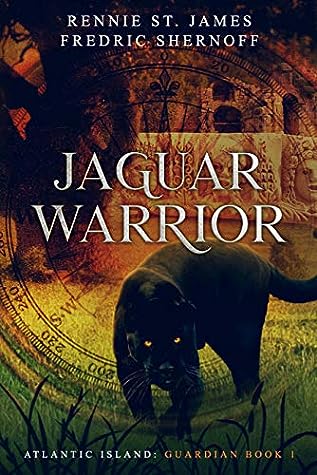