The Rebel’s Revenge by Scott Mariani
My rating: 4 of 5 stars

The Rebel’s Revenge is book #18 of the Ben Hope action adventure series.

This story takes place in Louisiana. Ex-SAS Major Ben Hope has travelled to the state for a Jazz concert, but he is quickly caught up in a liquor store hold-up. Ben’s intervention brings him unwanted attention from the media and while trying to avoid the reporters, a second incident occurs and Ben discovers that he is now wanted in connection to a vicious murder. With head-line news coverage of both events, no alibi and a police force eager for his arrest, Ben desperately tries to find out why the ritual murder took place so that he can prove his innocence.

I like tales set in this part of America; I find the rich history of the area and the connections to voodoo fascinating. The links to the American Civil War theme were also very interesting, even though my own knowledge of the era is very basic.

Overall, the balance of fiction and combat worked well and there was plenty of action to keep fans of the series engaged with the story.

Even when ex-SAS major Ben Hope is taking a holiday, trouble seems to find him. What started as a relaxing trip to the Deep South spirals into a nightmare when he’s wrongly accused of a vicious murder and forced to go on the run.

Target of a state-wide manhunt, the only way Ben can prove his innocence is to unearth a long-forgotten secret and track down the killers who slaughtered an innocent woman in a vendetta dating back generations. His quest takes him into the wild heart of Louisiana’s swampland, where all hell’s about to break loose. The bad guys will soon discover they made a big mistake…

An explosive new thriller from the master bestseller. 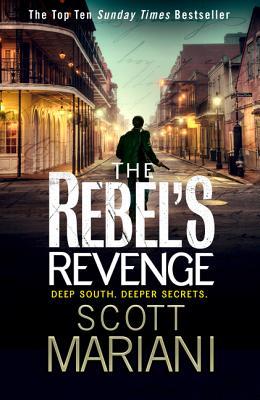