STARGATE SG-1: Behind Enemy Lines (SG1-31) is a fanfiction story which follows ten years after STARGATE SG-1: Fragile Balance. That was the television episode where a teenage boy claimed to be Jack O’Neill. It turned out that he was a clone made by the Asgard, but the teenage Jack was allowed to stay on Earth. He had all of Jack’s memories and experiences, but they were now inside a younger version.

In Back Behind Enemy Lines, a restless young Jack discovers that SG1 needs his help once more. Eager to get back to saving lives, Jack finds himself off-world and in a situation with old friends. However, the mission is short and Jack is sent back to civilian life once more, a life which doesn’t suit him, and he throws himself into helping others with its risks of exposing the SGC to the rest of the planet.

A solution is needed, but how can General Jack O’Neill save the clone, keep the secrets and remain in place in Washington DC?

I’ve loved Stargate for years, and fan fiction is a way of extending the whole experience. This book begins with a short story called Off Balance which provides the background behind this novella. I thought the story flowed on from the television episode really smoothly and I enjoyed how the author wrote all the speech and mannerisms just as I would have expected from the on-screen characters. I was also thrilled to spend time with several of my favourite characters and I didn’t want it to end.

I shall definitely be reading more of these books and following more adventures with my favourite teams.

Ten years after STARGATE SG-1: Fragile Balance, General Jack O’Neill has a problem. His clone, created by the rogue Asgard, Loki, has gotten into trouble — and drawn the attention of Homeland Security.

As tensions rise off-world, the young O’Neill is forced to confront who he really is — and to decide whether his new life is worth fighting for… 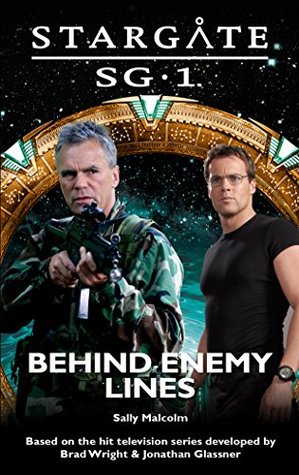