Sweet Temperaments is a contemporary romance set in Scotland. Lewis and Christopher are work colleagues and they share an office. Lewis finds himself regularly dreaming about Christopher, but his attempts at friendship are rebuffed. Christopher doesn’t socialise and goes through the same work routine daily; he barely acknowledges Lewis.

When Lewis eventually gets Christopher to agree to go out, Christopher insists that it is only as friends. He makes it clear that he doesn’t date, but when pushed on the matter he tells Lewis this is for medical reasons, which leaves Lewis confused and turning to the internet for answers.

This story is told solely from Lewis’s point of view. It has plenty of relationship drama and into this the author throws in a serious medical condition. The details and treatment are openly discussed as are the couple’s anxieties about it.

The novel has two definite parts, the first of which is filled with the build-up to the couple’s relationship, while the second half quickly covers a twenty year period after their marriage. Once they became a couple, I thought that there was rather a sudden change in how Christopher showed his feelings, which didn’t fit with the earlier part of the story. I may have been able to accept the change easier if some of the previous chapters had been written from Christopher’s point of view. I would have enjoyed hearing Christopher’s views because his lack of emotion made me intrigued about him.

An interesting story, with a medical thread that was woven in well.

Lewis Fraser is in trouble. He’s fallen hopelessly for eccentric recluse Christopher Wright. But the man won’t even say good morning to him! Yet no matter how many times he tries to break his one-sided attraction, one look from Christopher and his heart is racing all over again.

Struggling to hold the threads of a friendship together, Lewis highly doubts there’s any parallel universe in which Christopher and him are in a relationship! But he’s still determined to melt the ice and get to know him better. What Lewis doesn’t realise is that Christopher Wright intentionally avoids others for a reason. How will he handle Christopher’s secret? 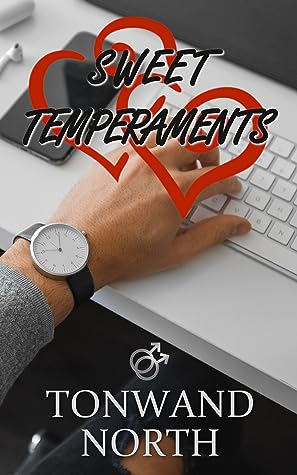