Little Eden is a spirituality story set in a fictional village within London. The year is 2012, and it is believed by some that the Earth and its inhabitants are about to undergo significant changes.

Little Eden is a community set up by a trust, and many of those living within its walls have special connections to mysticism. The story opens with a funeral and then an incident involving a breakaway group who want to sell Little Eden and use the proceeds of the sale for personal gain. Focusing on the inhabitants of Little Eden, the author attempts to show the changes, particularly spiritual ones, needed to help the planet.

I liked the idea behind this book, with its messages about fear, greed and compassion. Little Eden sounded like an idyllic place to live and one that many of us would be happy to discover in the heart of London.

While the principles within the story were meaningful, they began to get muddied by the style of their delivery. The large cast of characters made it hard to form memorable images of them, and I felt the author placed too much emphasis on the message as opposed to the story, with an excess of over-used sayings and phrases, ‘telling’ of the story rather than ‘showing’, and using the dialogue to convey large quantities of information.

Overall, a lovely idea for a story, but it just needed more work on technique to give the important points a chance to really shine through.

The beautiful sanctuary town of Little Eden is under threat.

Human greed, selfishness and disregard are about to turn the last 1,000 years to dust.

Robert Bartlett-Hart must make a choice.

With the help his friends (plus plenty of tea and cake), Robert learns that there is more at stake than just Little Eden.

Something lies at the heart of Abbey; something that stands between mankind and Armegeddon.

The friends must navigate past lives, other dimensions, and even Heaven itself, to find a way to save Little Eden and themselves.

Will Little Eden survive to usher in a new age, or will humanity perish with it? 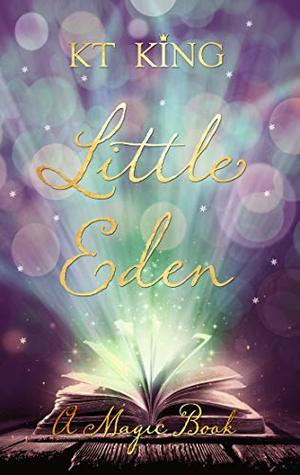