Shadow on the Highway by Deborah Swift

Shadow On The Highway is an historical fiction tale and is book one of The Highway Trilogy which is set during the English Civil War.

Abigale Chaplin is deaf, but her family are struggling to survive after her father is lost in the war, and Abi must now take a job as a servant at the local manor. Markyate Manor is the home of Lady Katherine Fanshawe, whose greedy family leave her to live alone with just three servants.

Abi and Katherine form an unlikely friendship and become involved with some local supporters of the Digger movement, a group who try to set up a commune. However, as the Civil War comes closer, they find themselves stuck between the two fighting sides.

This was a quick and easy read. I liked the fact that although fiction, this story is based around the real Lady Katherine Fanshawe and a legend which surrounds her. However, I don’t want to say any more about it, because I don’t want to spoil the book for any potential readers. But I do believe that this book could be enjoyed by both adult and young adult readers who have an interest in the period of history.

Abigail Chaplin has always been unable to find a position as a maidservant like other girls, because she is deaf. So why do the rich Fanshawes of Markyate Manor seem so anxious to employ her? And where exactly does her mistress, Lady Katherine, ride out to at night?

SHADOW ON THE HIGHWAY is based on the life and legend of Lady Katherine Fanshawe, the highwaywoman, sometimes known as The Wicked Lady. A tale of adventure and budding romance set in the turbulent English Civil War, this is a novel to delight teens and adults alike.

Includes historical notes from the author. 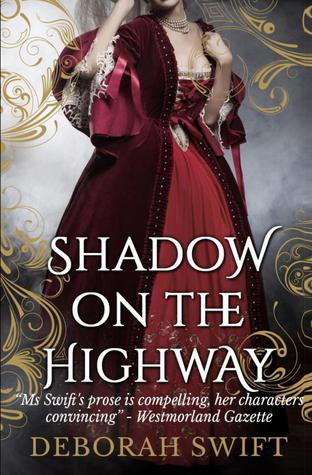