Twenty is a contemporary story about a middle-aged woman who has reached a point where she wants to give up on life. Broken by the loss of close family members, loneliness and an unbearable Iowa heatwave which is killing off her beloved garden, Meg takes pills intended to ease the end of her (late) mother’s life. These untraceable pills are designed to turn off the control centres in the brain after twenty days, allowing the patient to drift away peacefully. That was what the doctor said five years ago, but will they still work? With just twenty days until the end, Meg sets out to leave everything neat, tidy and in order for her sister.

I slipped easily into the story, and I read eighty per cent of the book in one sitting. I liked how the short timespan gave Megan the focus that she needed to sort out much of her life’s baggage that was weighing her down. There were subtle messages about forgiveness and appreciating the magic and beauty which is all around which suited the story and led to its denouement.

Overall, a gentle tale which might suit those who feel that they have reached a crossroads in their life.

At age fifty-five, Meg’s life is too filled with loss for her to remember what magic feels like. All she has left is a yard brimming with plants that are wilting in the scorching Iowa summer—and a bone-deep feeling that she’s through with living.

Meg has something else too: a bottle of mysterious pills, given to her years ago by an empathetic doctor. He promised that they would offer her dying mother a quick, painless end in exactly twenty days. Though her mother never needed them, Meg does. But a strange thing happens after Meg swallows the little green pearls . . .

Now that she’s decided to leave this world, Meg is rediscovering the joy in it. She sheds everything she no longer needs—possessions, regrets, guilt—and reconnects with those she cares for. Finally confronting the depth of her grief, she’s learning that love runs deeper still. But is it too late to choose to stay? 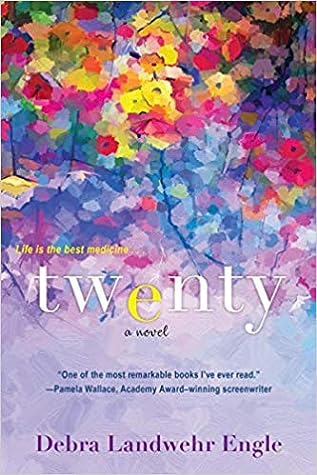