Valley of Death by Scott Mariani

Valley Of Death is book nineteen in the Ben Hope action thriller series. This story takes place mainly in India.

Ben is an ex-SAS major and his latest adventure involves a kidnapping and disappearance of two brothers from a wealthy Indian family.

Kabir Ray, a leading archaeologist in the continued search for answers about the Bronze Age Indus peoples, recently went missing in a remote area. When his concerned brother Amal returned to India to help find Kabir, he was kidnapped from a city street. With no ransom notes and the police investigations frustratingly inconclusive, Amal’s wife Brooke puts aside her past conflicts with Ben and seeks his help.

I don’t read many action thrillers but I find Mariani’s writing style engaging. My only slight disappointment was that much of this story was set in urban Delhi, whereas I was very keen to learn more about the ancient civilisation and had hoped that more of the action would take place in the remote wilderness.

This story can easily be read as a stand alone or as part of the Ben Hope series, but is ideal for those who enjoy action adventure books.

People going missing in the remote wilds of India is not unusual. But when the son of a wealthy Delhi businessman is kidnapped just weeks after his brother fell victim to an alleged bandit attack in the mountains of Haryana, it raises eyebrows.

With the local police doing close to nothing, there’s only one man for the job: ex-SAS major Ben Hope. But for Ben, this is no ordinary rescue case. Because this plea for help is coming from a special person from his past, who now has nobody else to turn to.

Ben’s mission will take him into the heart of the arid Indian wilderness, pitting him against ruthless gangs and desperate men. But Ben is determined to save the day. Whatever it takes. 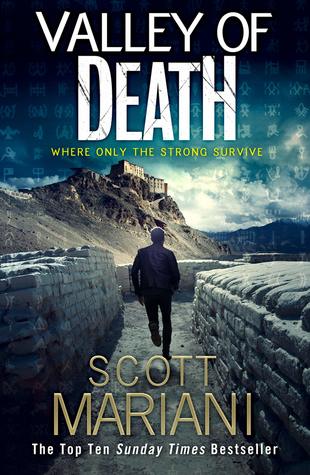